I went to see an Alice In Wonderland promenade production at Castle Howard, a stately home near where I live today (http://www.castlehoward.co.uk). It was amazing! We followed the characters round to different parts of the gardens including the front lawn where they played croquet and the Rose Garden where they “painted the roses red.” The costumes and make up were brilliant, but it rained a little so they had to wear see-through ponchos for one scene. Here are some of my best pictures from the day, click to see them bigger. 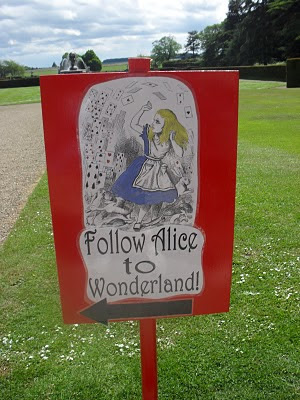 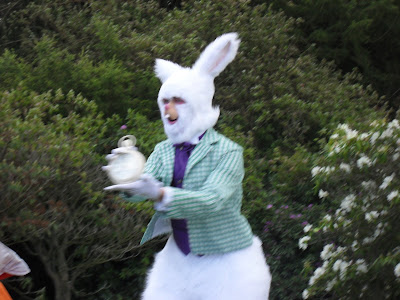 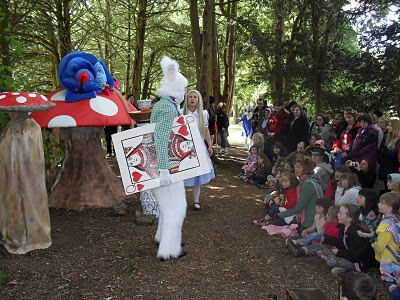 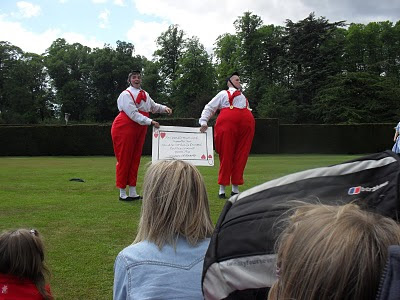 Tweedledum and Tweedledee arguing over their invitation. 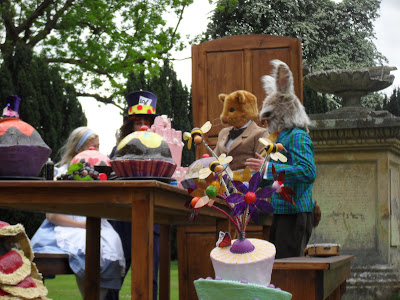 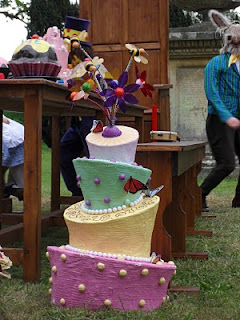 Detail of the tea party. 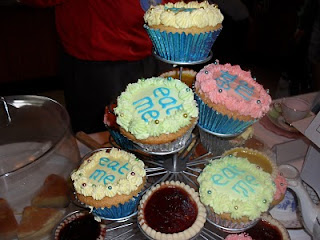 Cupcakes in the tea room in the interval. 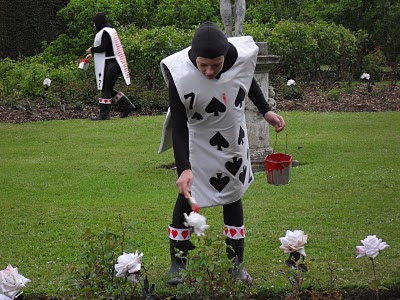 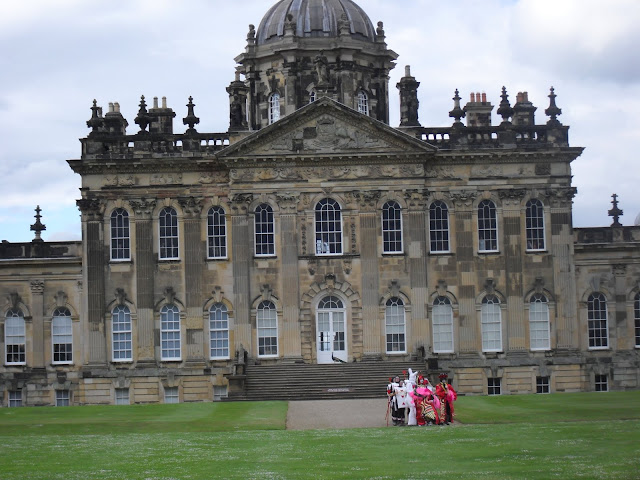 The Red Queen with her cards coming down to play croquet. 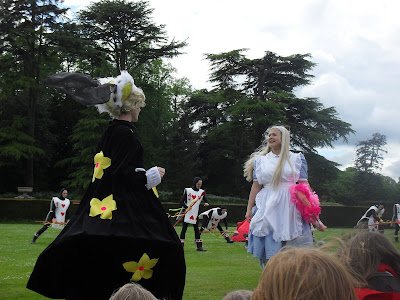 Alice and the Duchess at the croquet match. 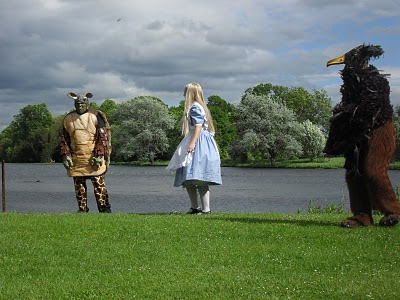 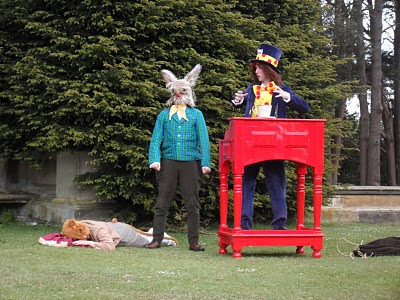 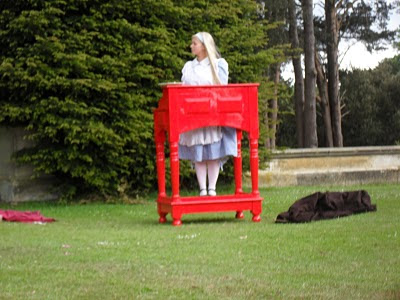 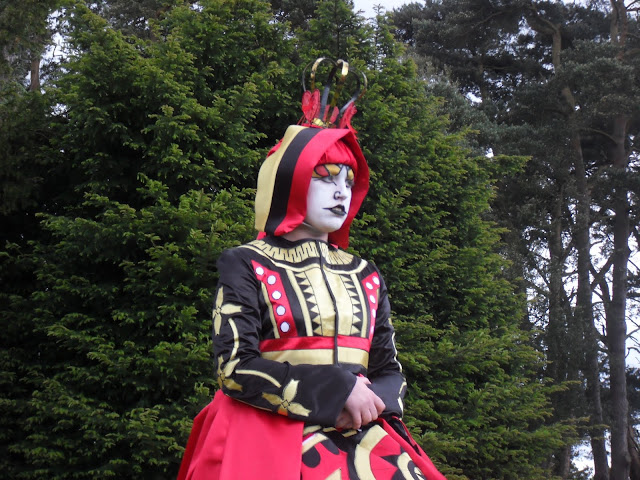 The Queen of Heart’s make up. 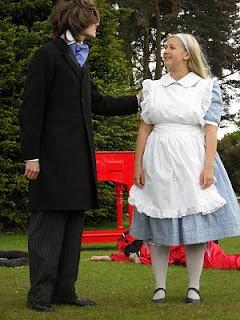 Alice waking up from her dream.
It was such a lovely day! I went with my sister and we had chocolate cake and hot chocolate in the Tea Room too. 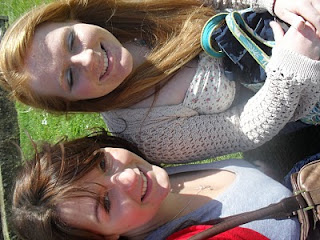