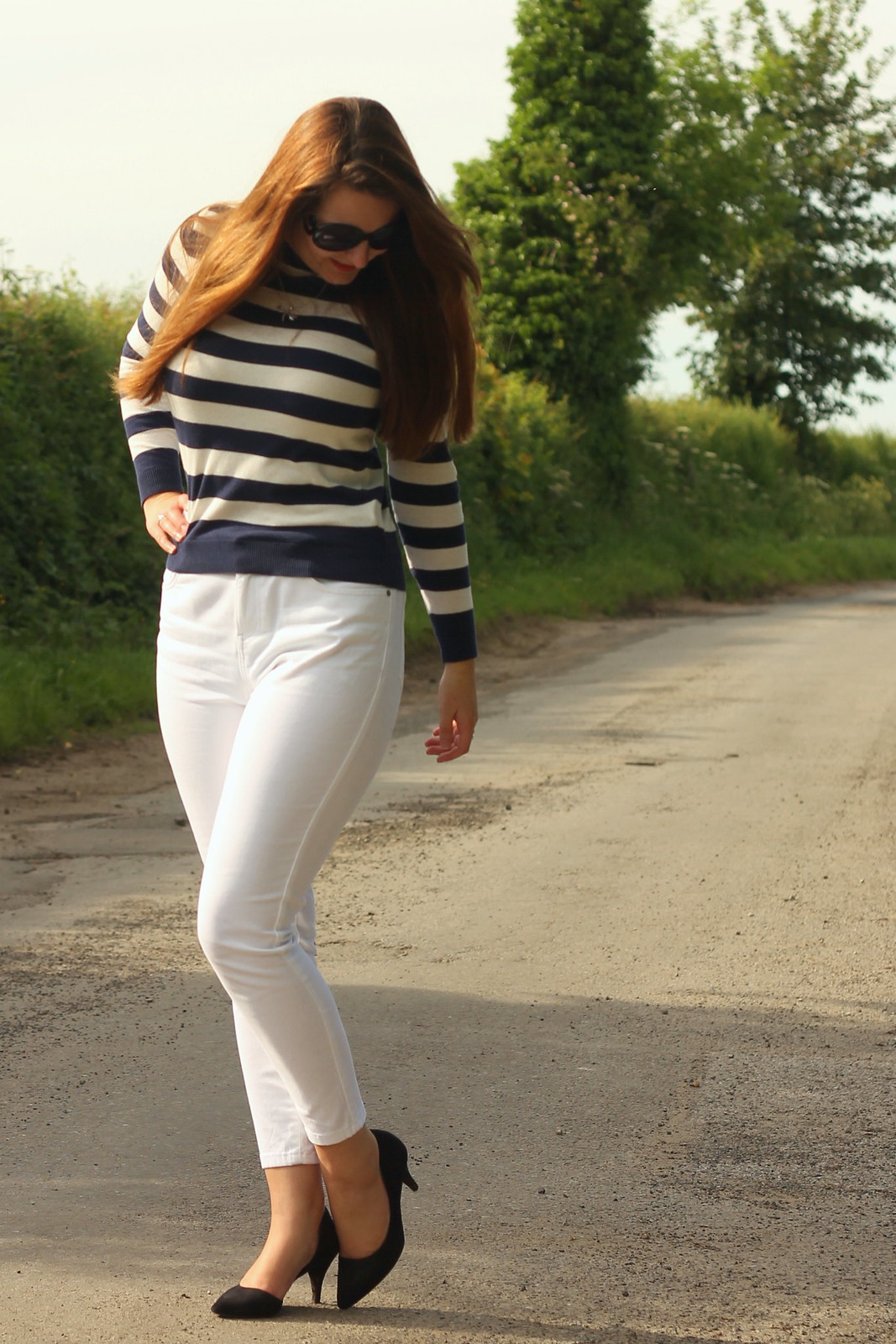 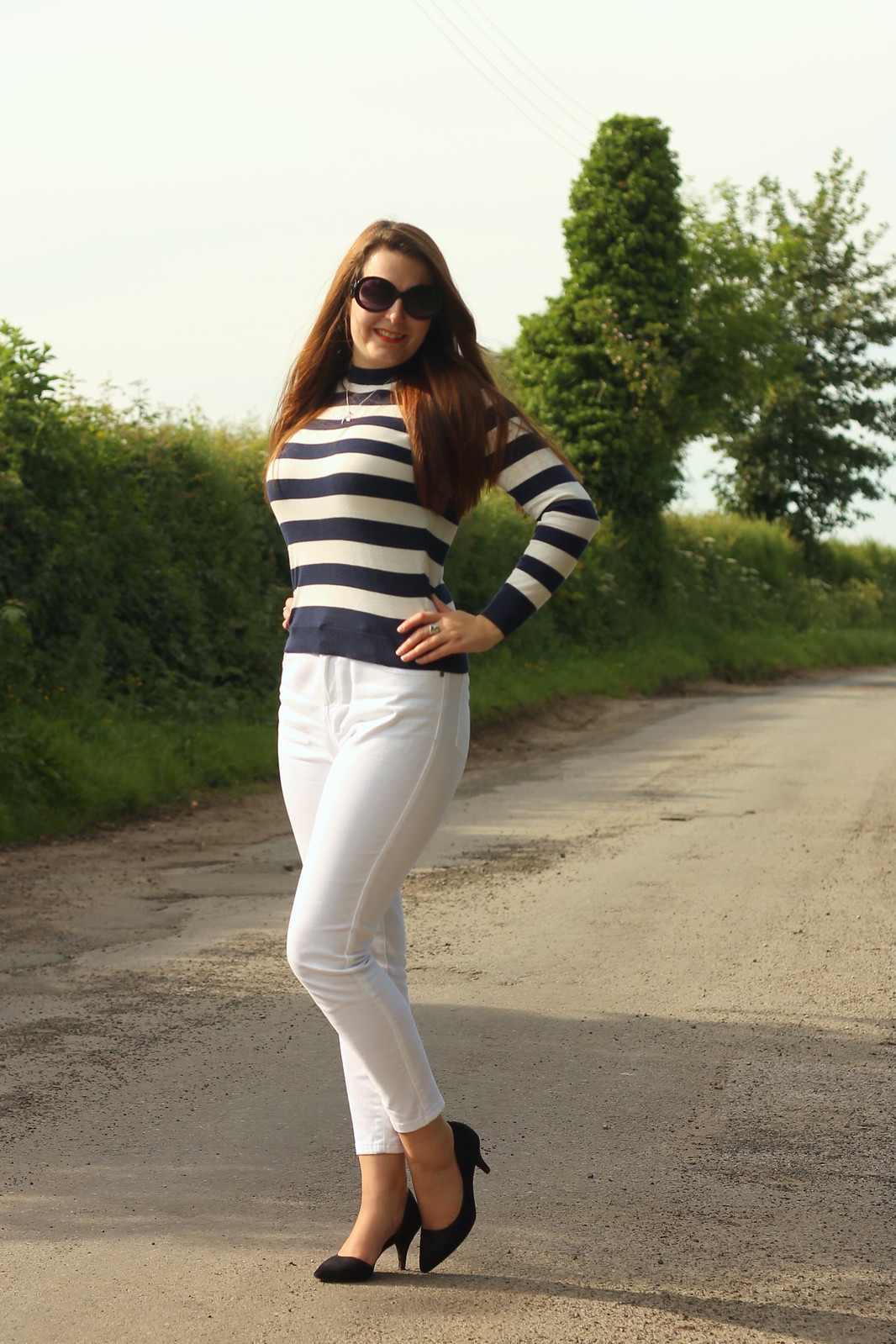 Sunglasses: Old
Striped Jumper: ASOS (now in the sale..)
White Capris: ASOS
Black Heels: ASOS
I have several things to talk about in this post, but let’s start with this one; do you see what I’m wearing? As in, those things on my legs? Oh yes, I am wearing white, pure white, trousers. If you happen to know me at all in real life (and probably will have realised if you’ve read my blog for more than a little while), you’ll know how exceptionally clumsy I am (remember that time I smashed a jar and a jug in one go? I probably shouldn’t tell you about the day I smashed Ben’s favourite glass then a glass bottle of lemonade while cleaning it up too…or about the Yankee Candle shop where a glass candle jar exploded in my hands…or the fact that these were within about 2 weeks of each other). So, I’m clumsy – I smash, I drop, I spill, I trip and I fall, and I do these things a lot. And yet these pictures are taken after a full day at work…in white trousers. Applause is welcomed.
You won’t be surprised to know that pretty much this whole outfit is new. As I usually do when I get new clothes, I had to wear them straight away. I noticed ASOS had a student discount going on for 25%, and my student card from when I was doing my teaching course is still valid until the end of this month, plus my ASOS Premier runs out this month, so I thought I’d better get an order in while I could. And I decided to be good and go for classic, simple things that I could wear a lot and with everything as I decided in my Resolutions. So you see here a thin knit striped jumper and white capri trousers (which are not yet stained despite a full day at work!), and I also got a sensible floral pencil dress and a long sleeved white top. 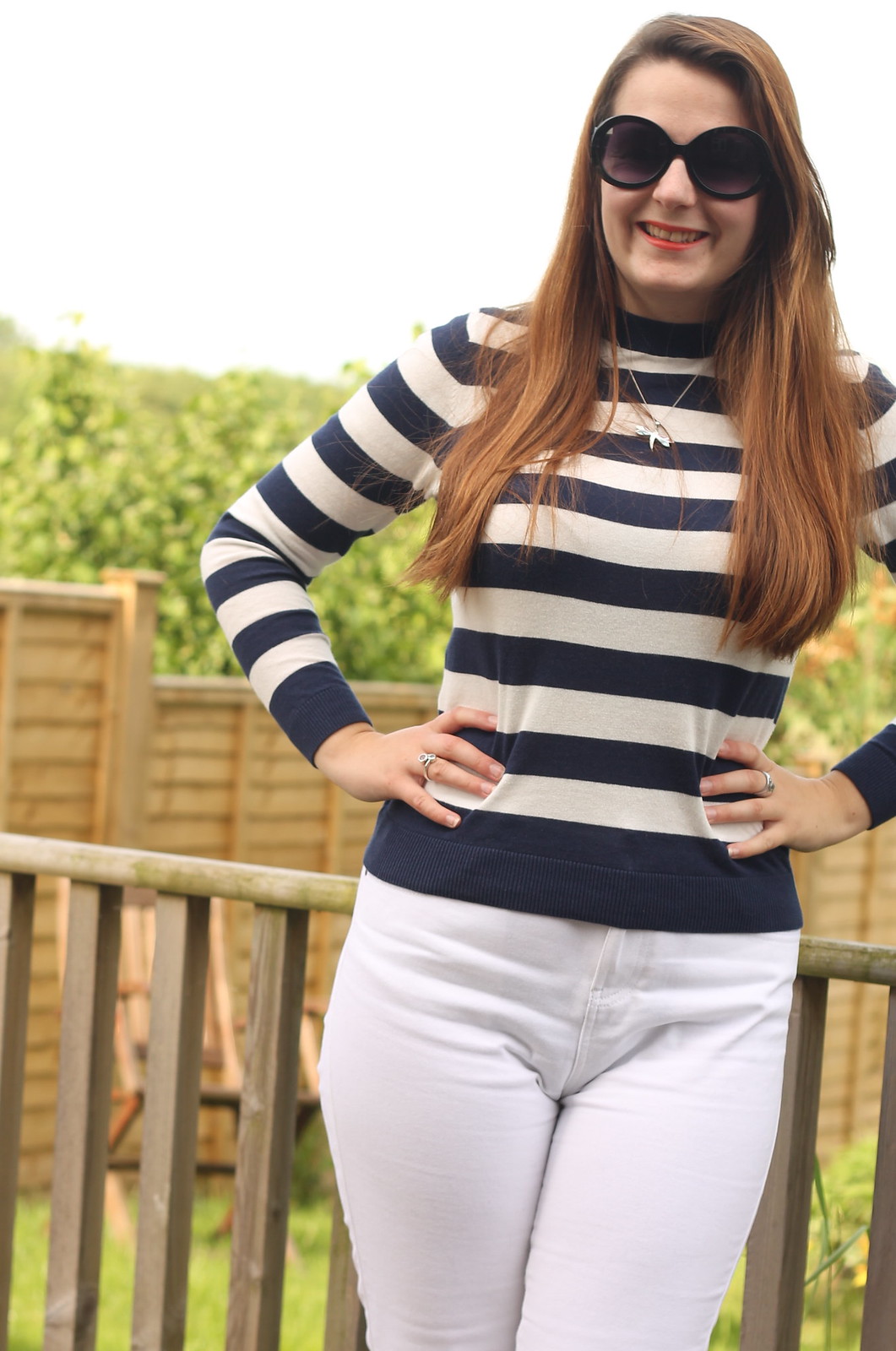 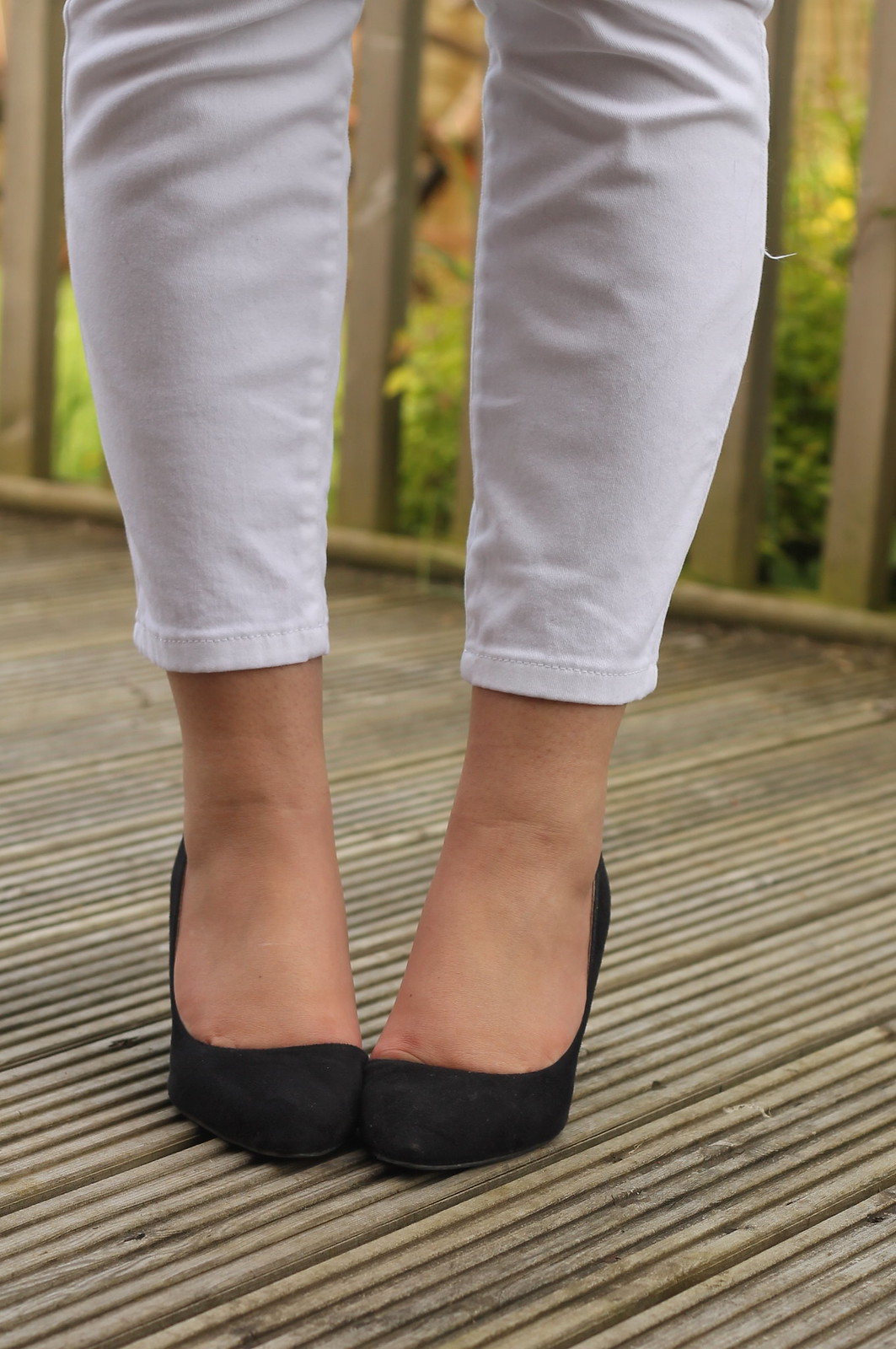 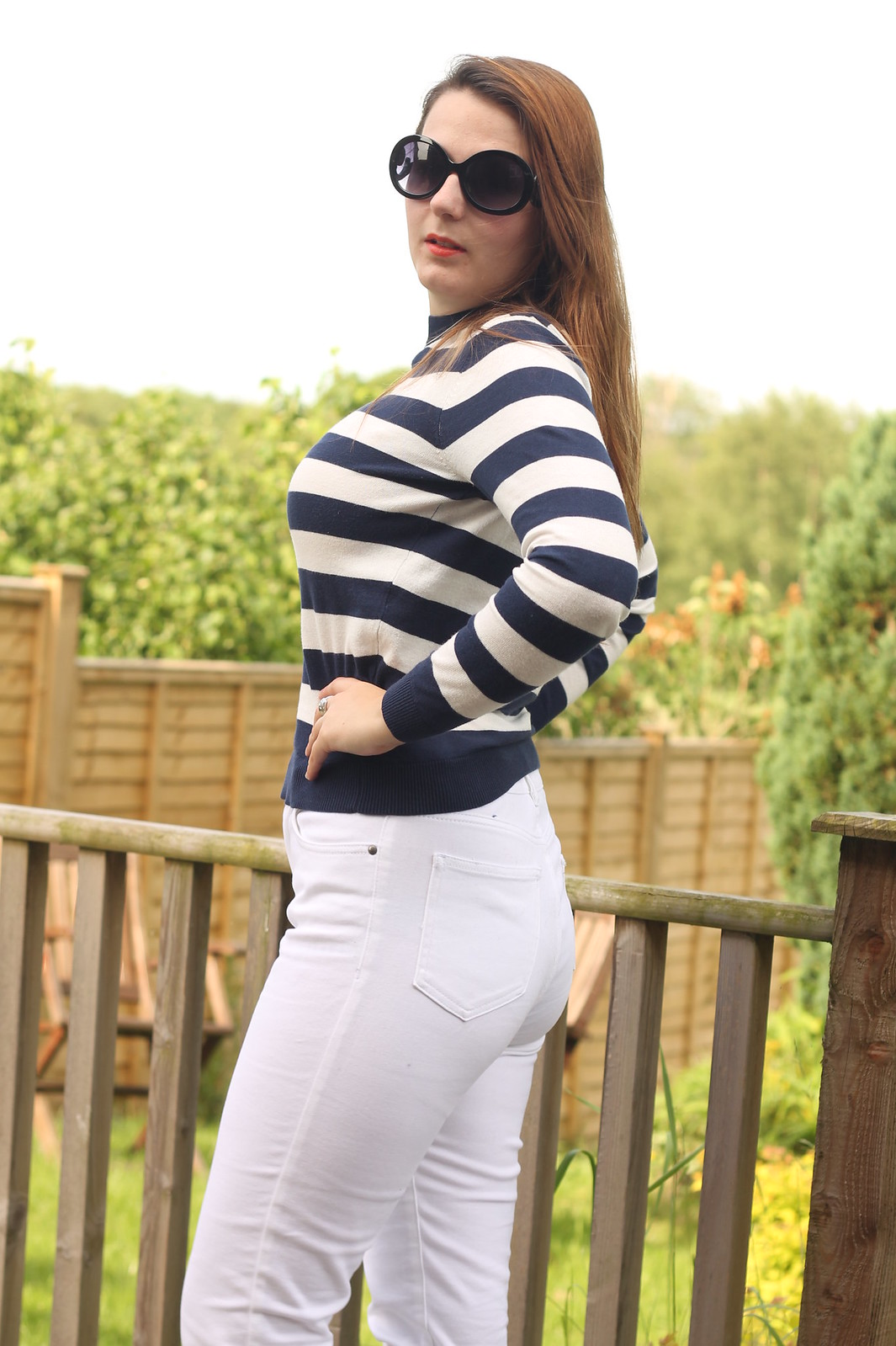 So yes, I of course wore the clothes the day after I got them, because that’s just what you have to do. Unfortunately the trousers stretched over the course of the day and are a little bit baggy now. It’s a bit annoying because I normally wear a size 8 but a 10 in trousers, so I got a 10 in these. When I tried them on, I was worried they wouldn’t go over my hips, but they just about did and seemed to fit very well. But as I said, they’ve stretched and are now a little big on the waist and baggy on the knees and crotch area, sad face. I’m thinking they’ll shrink a bit after being washed though, and I don’t think the 8s will fit me, so I’m keeping hold of them for now.
And finally, these pictures are from today – woop! I felt pretty awesome in this outfit this morning because it felt very classic, so I wanted to make sure I got pictures. Fortunately it was a nice day (ahem, story here: I asked Ben this morning who had already been outside whether it was warm, and he said that it wasn’t, it was chilly. Okay, I thought, I’ll wear my new jumper, yayyy. Lunchtime comes around and I walk into town to discover that, in fact, it was very sunny and rather warm, as in I should have been wearing a summer dress grrrr). Anyway, so fortunately it was a nice day and I finish work an hour early on Fridays, so I had the perfect opportunity to get some nice photos in the lane. Not so fortunately, I’m kind of terrified of my neighbours seeing me taking pictures.
We had a bit of a bad experience with them recently having, ahem, a rather interesting (to put it nicely) party in their hot tub (and by interesting I mean that there were some rather questionable noises at 1am onwards with another couple, and last time this happened, Ben saw a naked man in their garden and found underwear on our shed roof the next day…). My sister was staying the evening of the party, and we opened the window to see what was going on, only to hear them shouting about “How weird” their neighbours were (ie. us), and that we “must sleep in separate beds because they’re so weird”. Ummm, okay? We’ve made small talk over the fence with them and though the other neighbours don’t get on with them (probably because of the hot tub parties before we moved there), we’ve never had a problem with them, so where they got the impression that we were “weird” from, I don’t know. And what a strange thing to say and to assume, that we sleep in separate beds?! Completely random. Anyway, it makes me feel a little bit self conscious to go outside now in case they’re watching me and thinking how weird I am, and honestly, taking photos in the lane of yourself is a pretty weird thing to do! So half way through my photos, when I saw a car similar to theirs coming, I grabbed the camera and bolted. And that was that. Ah well, I managed to get some pictures anyway! 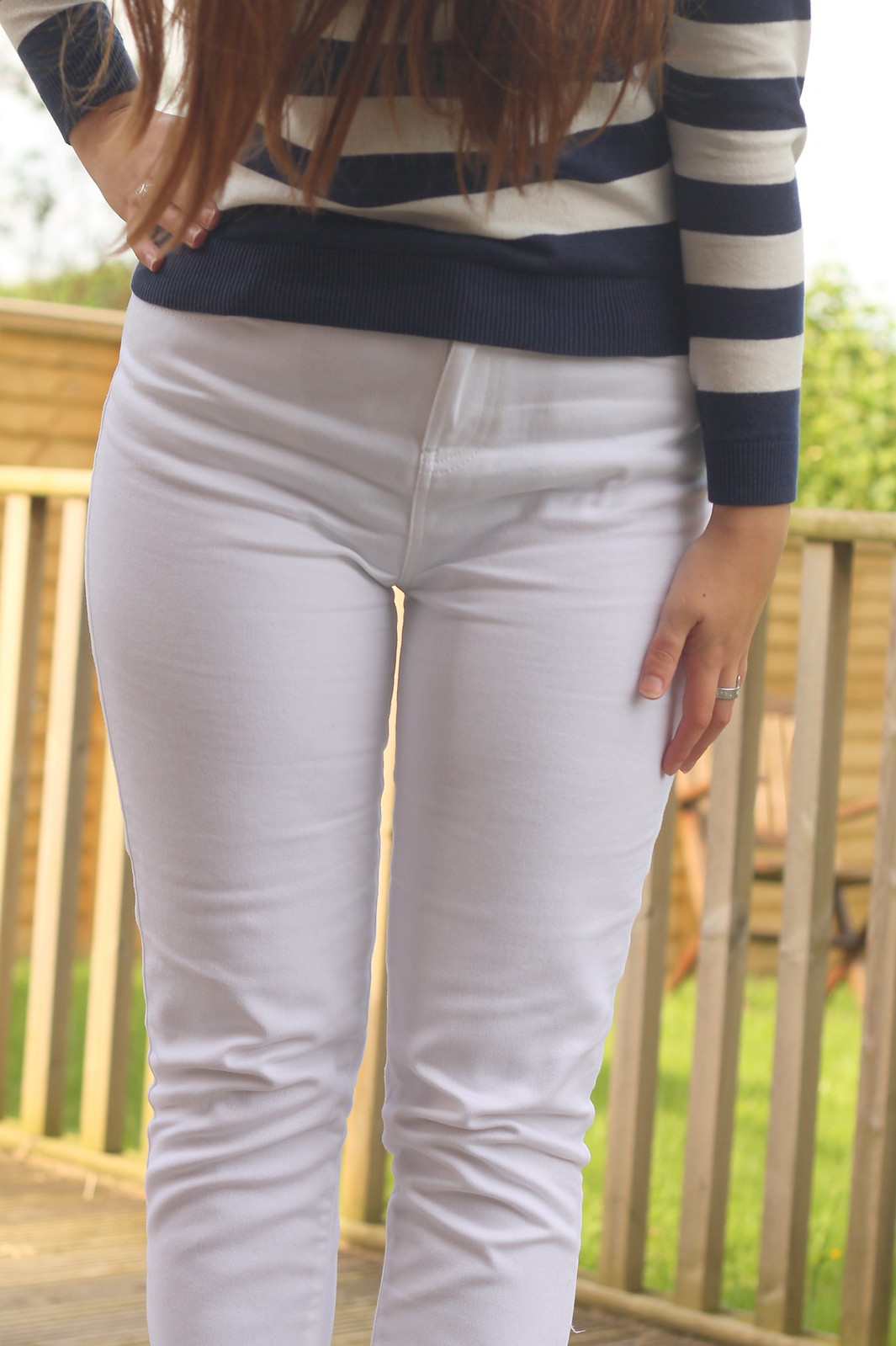 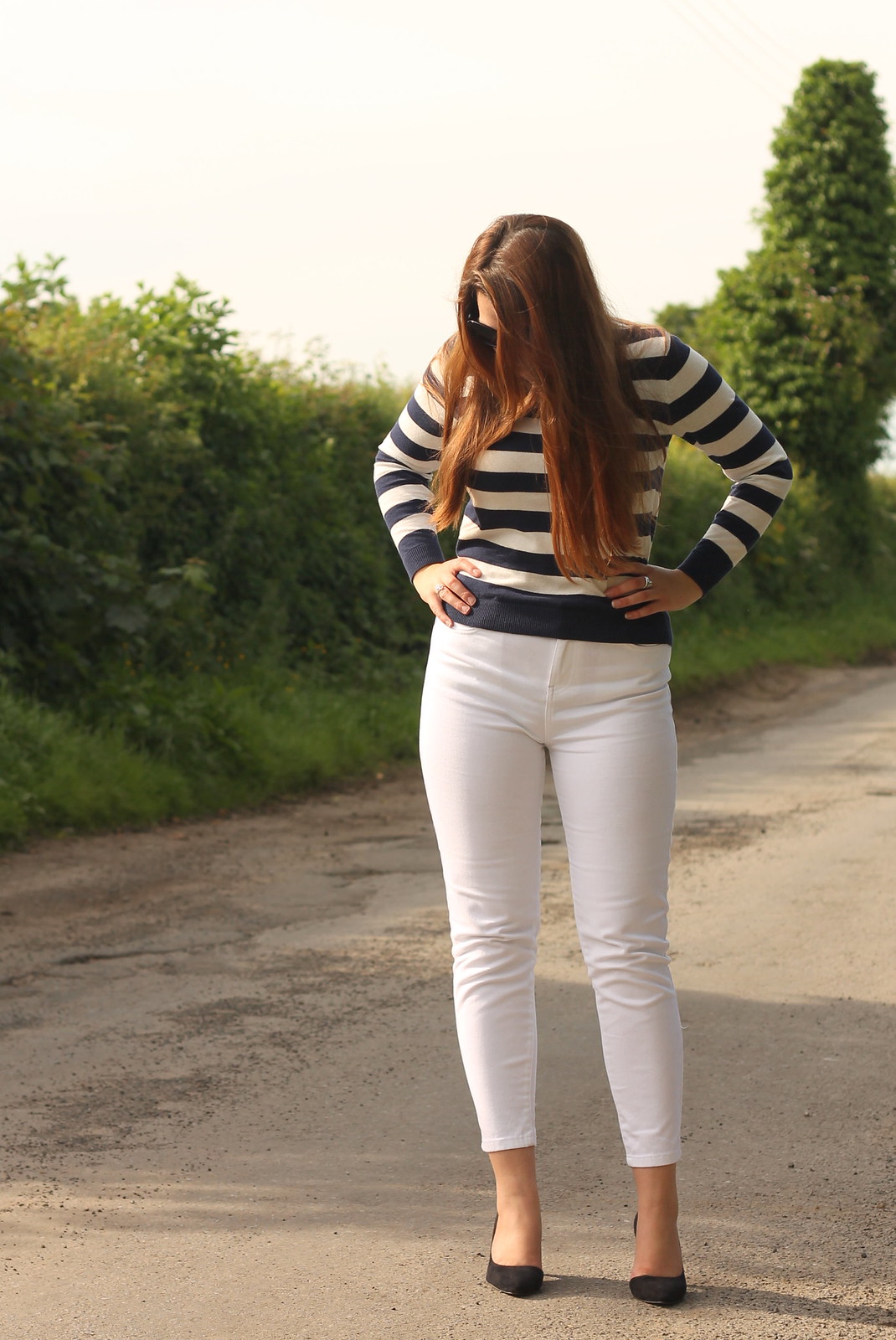