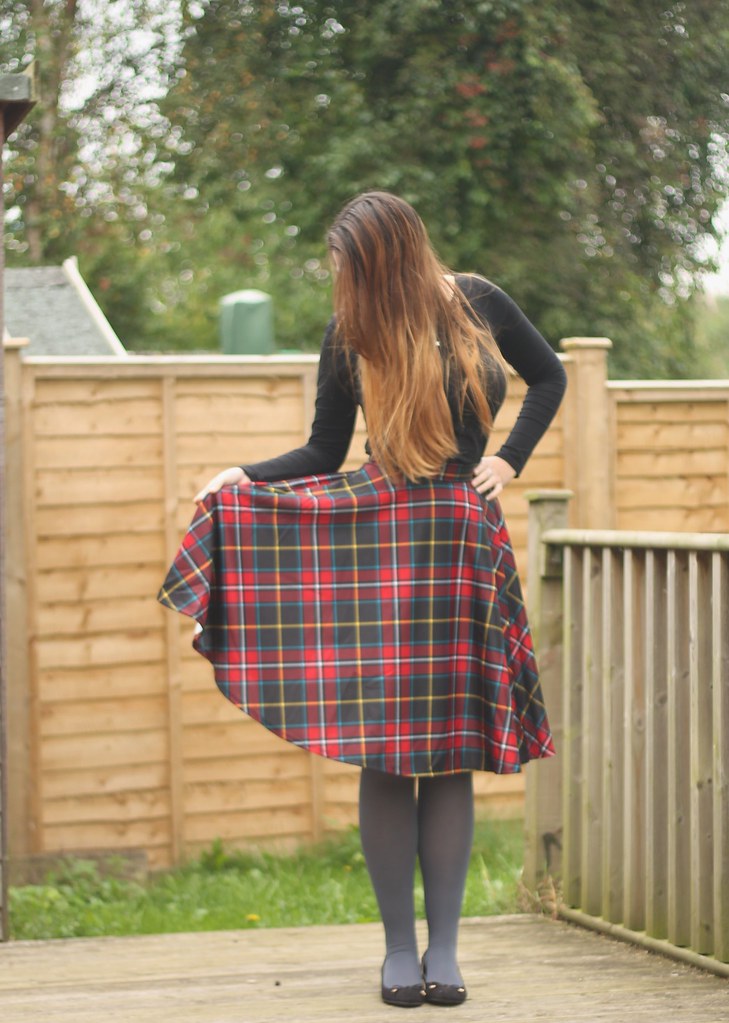 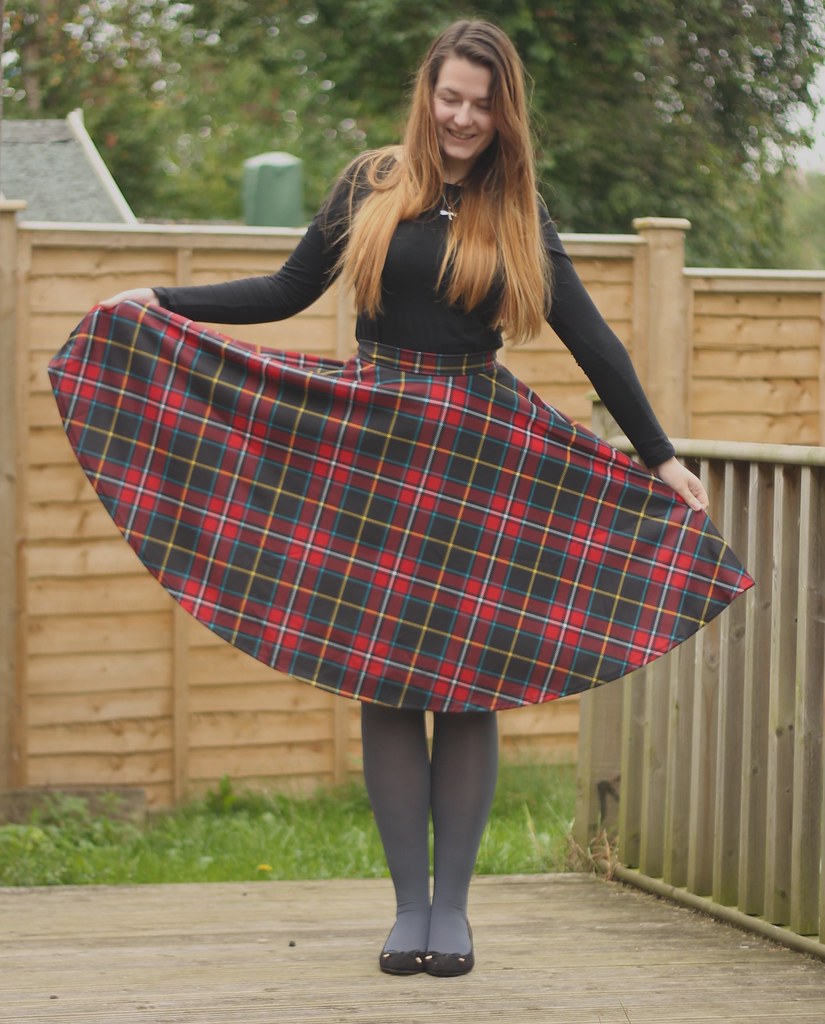 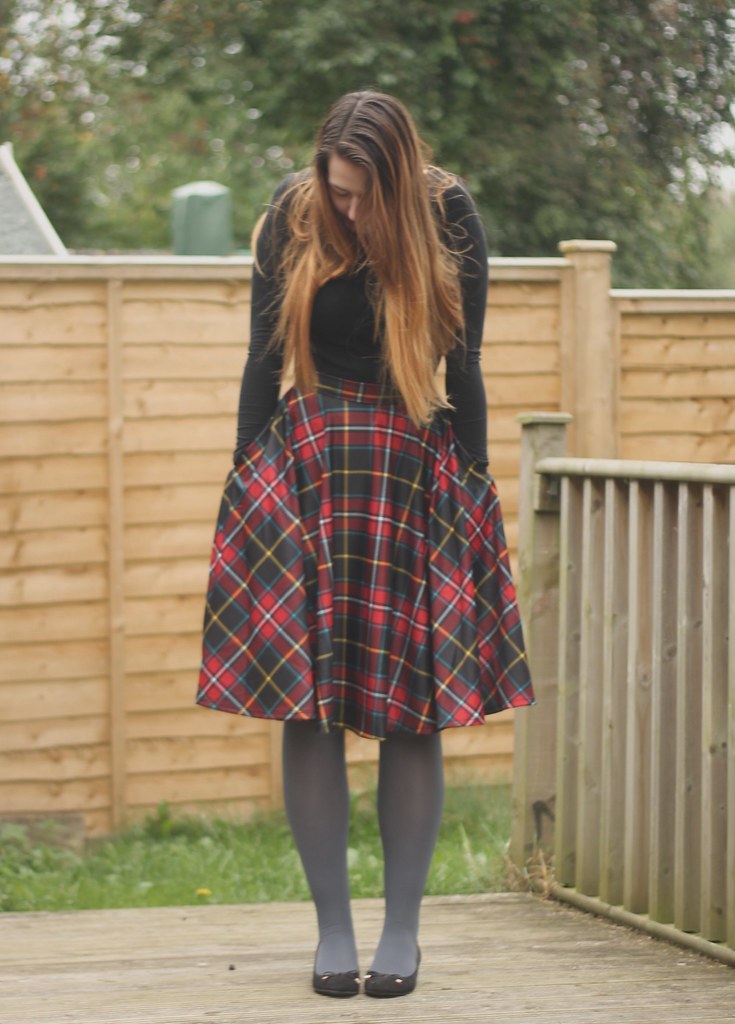 This won’t be a regular thing, posting proper photos of every outfit during this challenge, but I managed to snap some very quickly this evening before we ran out the door to Lidl (where I bought an awesome facial brush thingy on special offer!). Made up of the very basic black long sleeved top with my new tartan midi skirt, it was pretty simple, but I really liked it. I did end up wearing the ASOS cropped cardigan at some points during the day when I got chilly in the office, but wasn’t wearing it at this point, so it didn’t make into the photos. The skirt is new, a bit of a random splurge buy at ASOS along with a couple of other autumn items, but hopefully that should be most of my autumn clothes bought (we all know that’s not going to be true…). It’s gloriously full and swingy, so of course, I couldn’t help but pose showing off its full glory. Unfortunately the spinning pictures didn’t come out quite as planned, and as these were taken very quickly, you won’t get to see those (unless I do another outtakes post, because those are hilarious). I do love this outfit though, very simple but it works. The tights were a new buy too – I went shopping with Charley and copied her on buying a pack of 3 pairs of tights from M&S in grey, purple and black, since she claimed the grey were awesome. As always, Charley was right, and the grey tights are awesome – I really like them with this outfit, adds something different that black tights would just bring down.
So first day went well, and I’ve got plenty of ideas for upcoming outfits, so I’m not worried about this challenge at the moment (she says hopefully…)! Tomorrow is a choir day, so I’ve got Charley, Fran and, I think, Frankie round for tea beforehand, so maybe I can persuade one of them to help me out with some pictures, so you know never, there might be some proper ones of tomorrow’s outfit! Then onto Brownies on Wednesday, so that outfit is already planned out in my head with jeans. Also my hair has definitely reached that stage where it is starting to attack me, as you can probably tell in these photos – I literally ran in from a day at work and a journey home, got these pictures and left again, no chance to at least tidy it up a bit, so apologies for that! I acknowledge that I do look like I’m being swallowed by my hair, but there you go, these things happen. 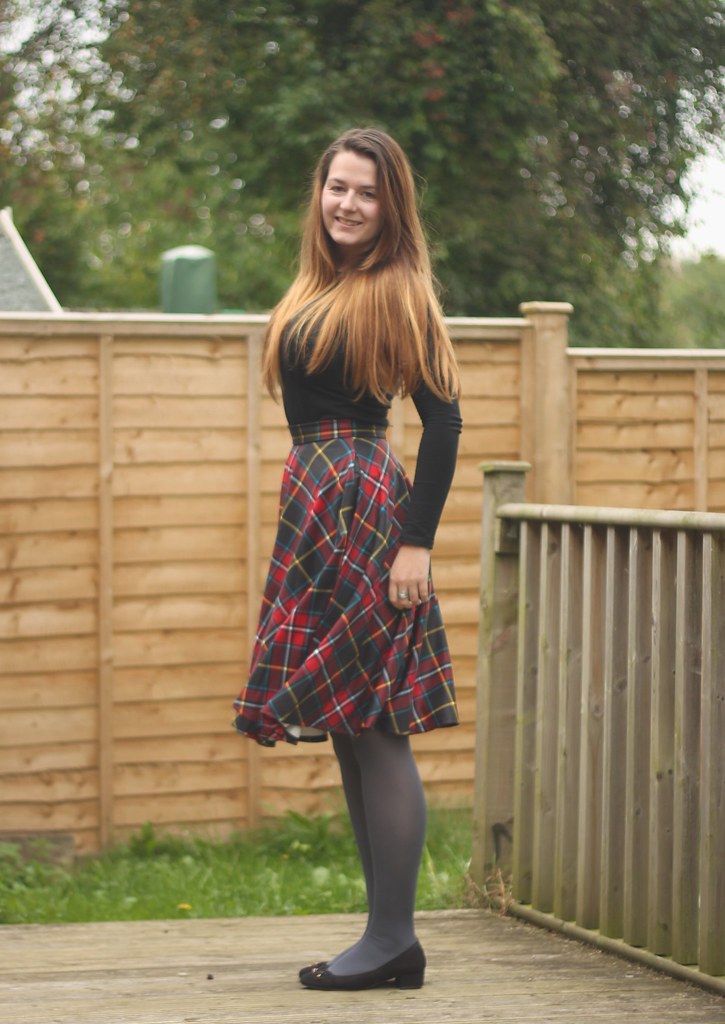 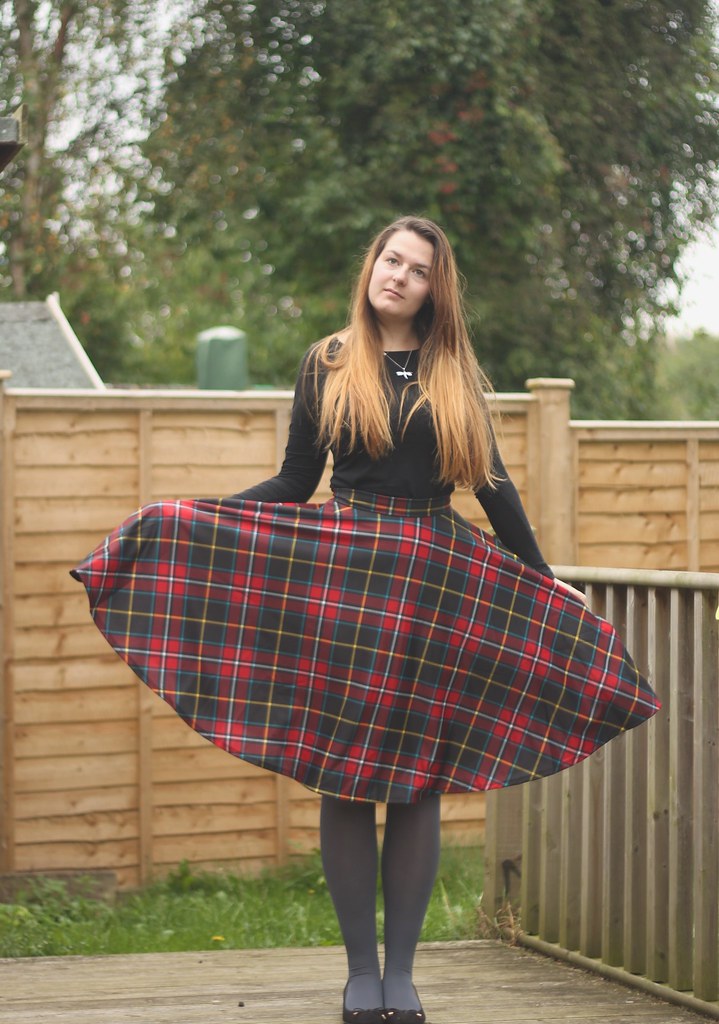