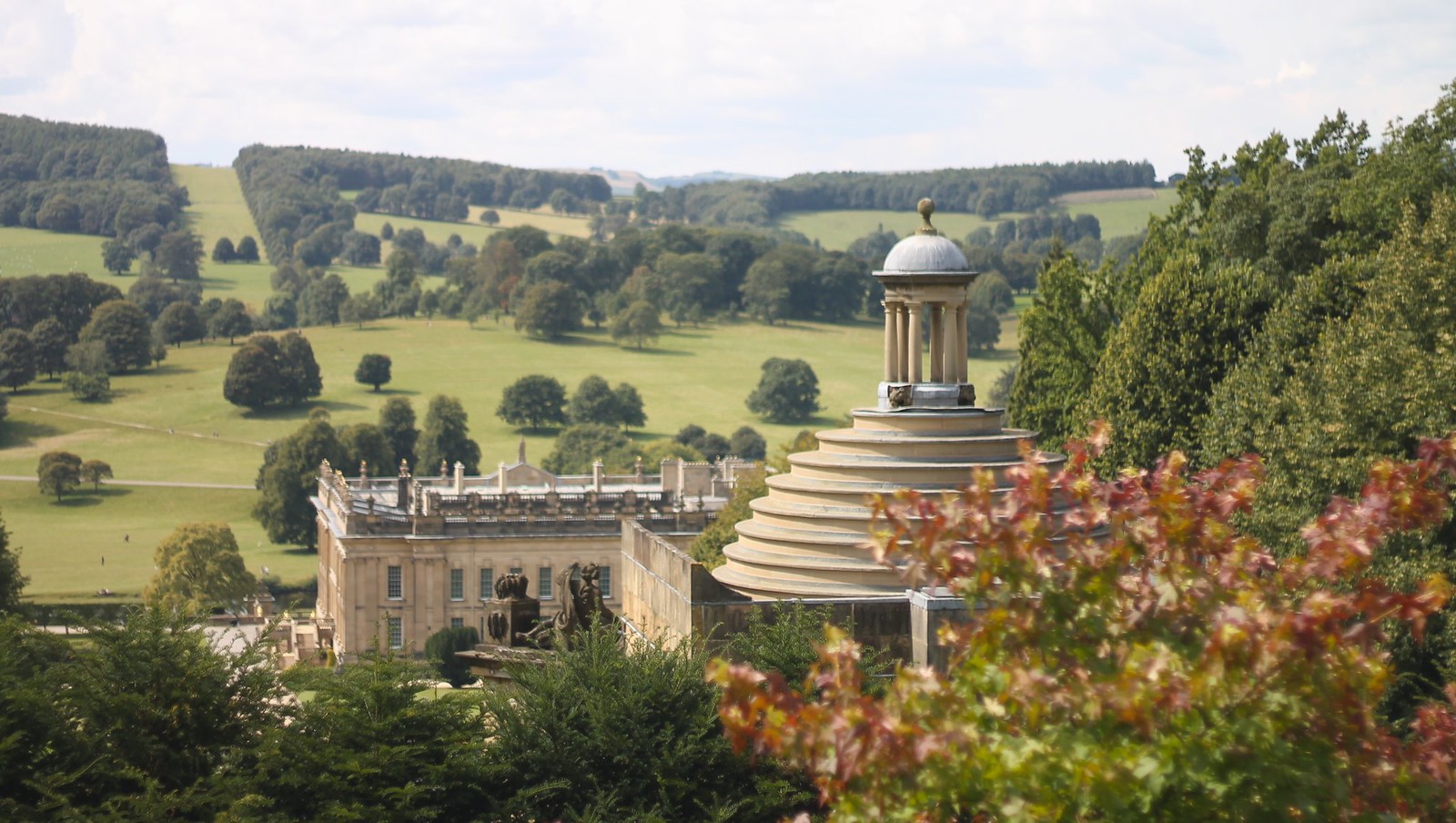 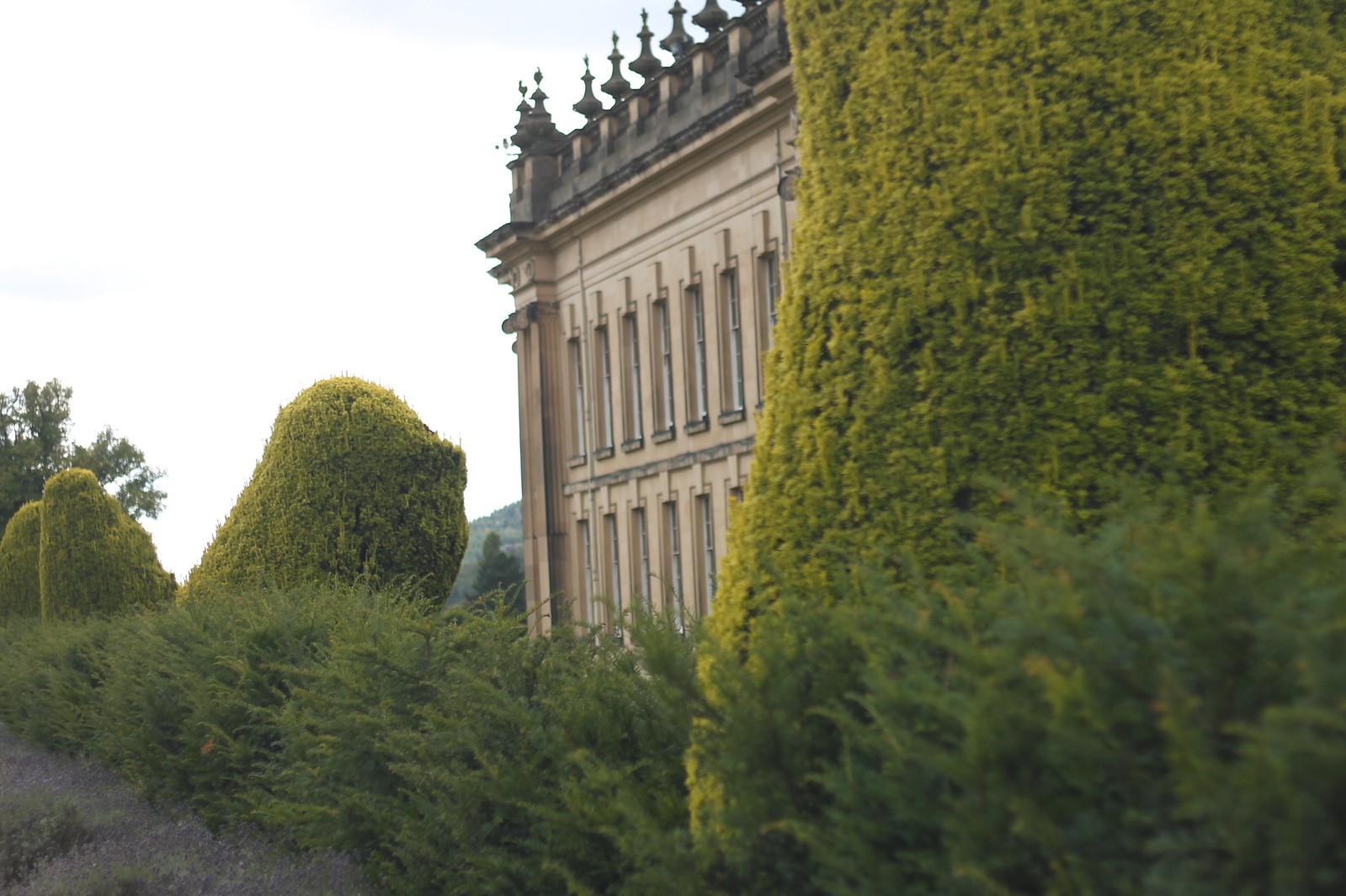 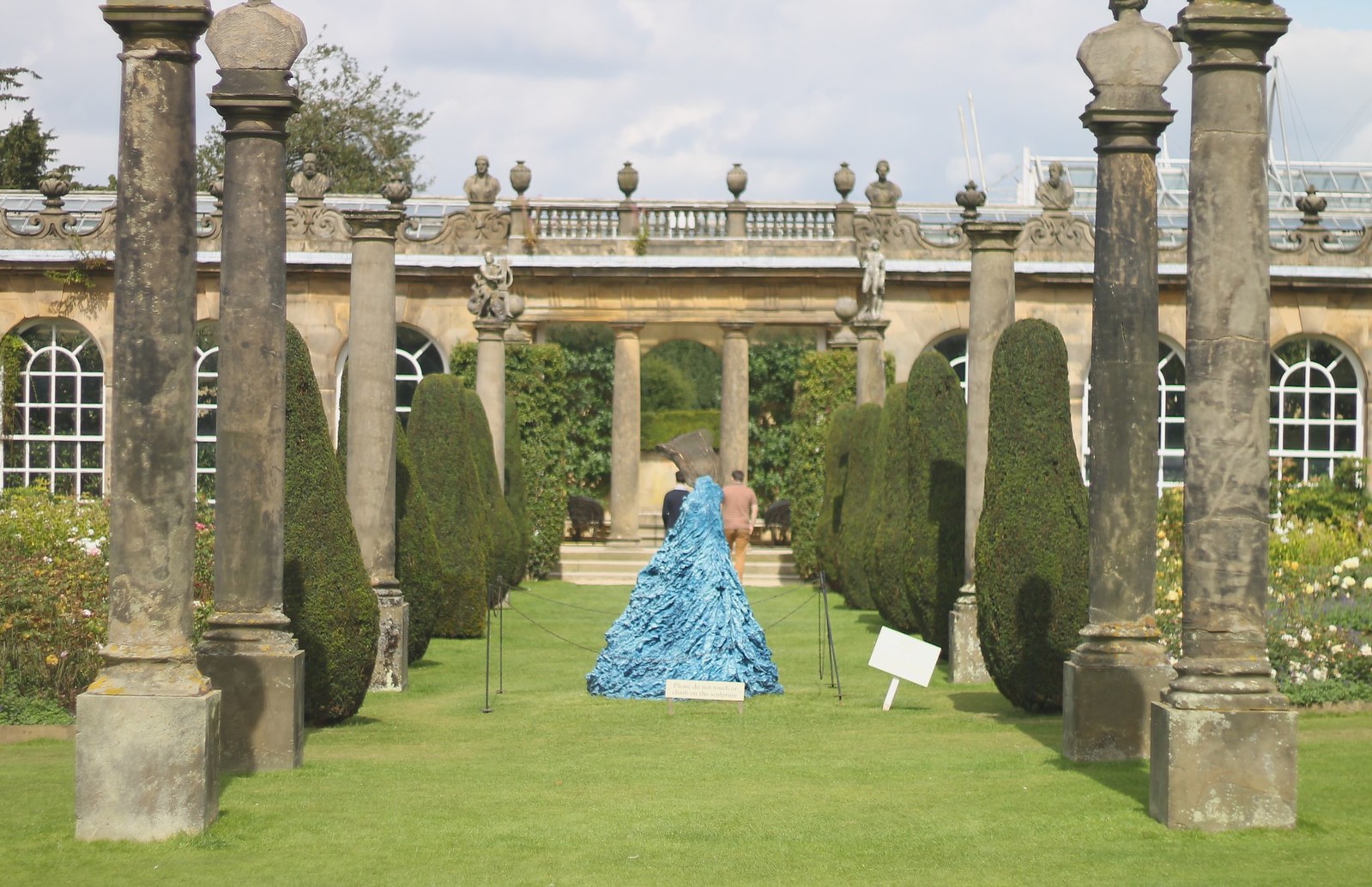 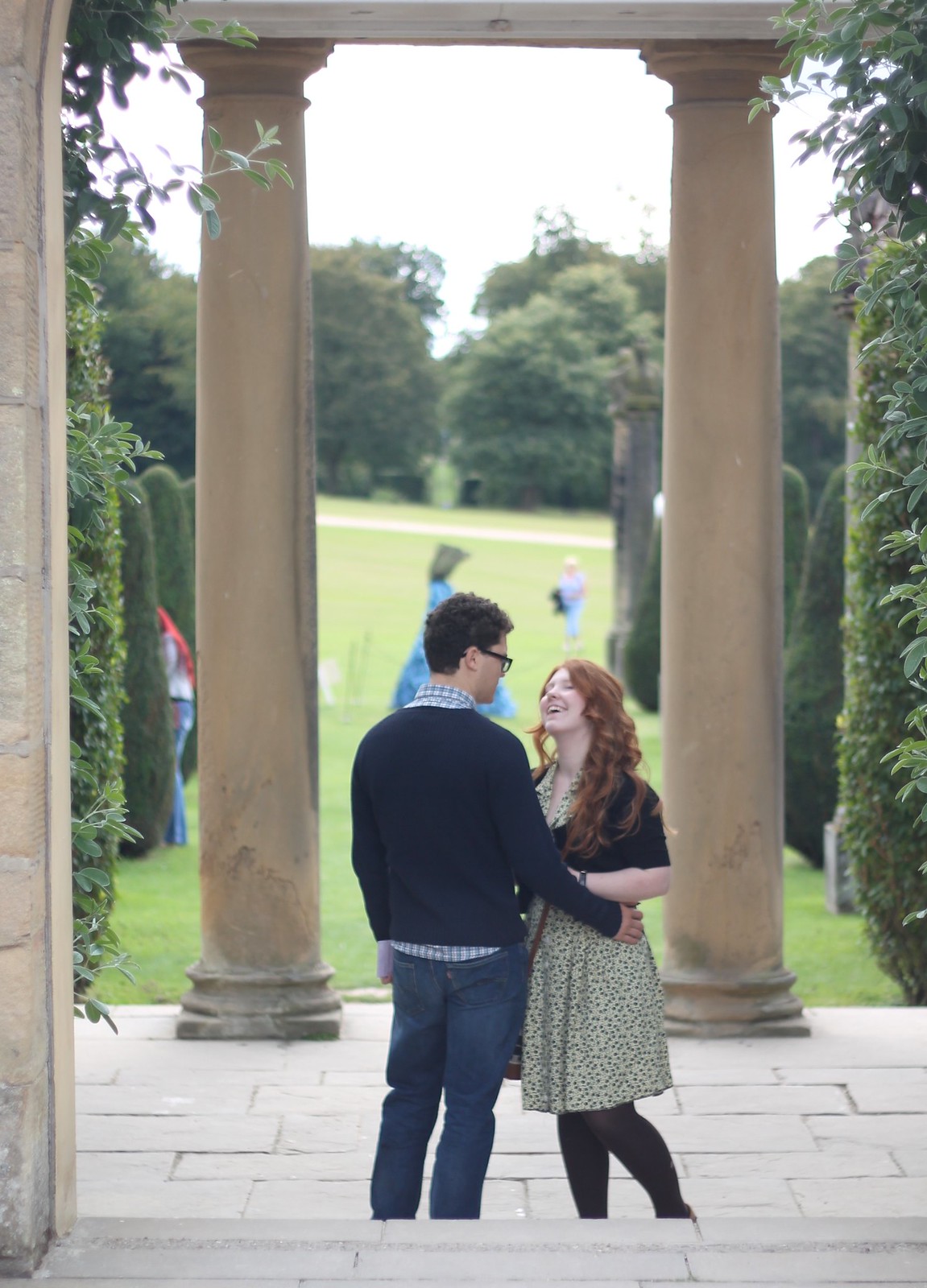 (Can you believe this pictures wasn’t set up?!)

Back in August, over the Bank Holiday weekend, I took a little break to the Peak District with Ben and our friends Charley and Frankie. I’ve already written about our day out in Bakewell (do you know what, I had a dream about being back in Bakewell last night, can’t wait to go again, clearly!), but I wanted to write a bit more about the rest of the trip as well as show off some photos – this might be technically a “style blog”, but I do like to talk about my life a lot more than most style/fashion bloggers, and I like to keep a record of things I’ve done to look back at in the future.
Normally when we go to the Peak District, we spend most of our time at Alton Towers – we have in the past also visited the Blue John Cavern and visited a few towns, but this time we wanted to make more of the trip and pack in a few more touristy things, so that’s what we did! Charley and I actually spent 2 days in Bakewell (one of which the boys spent somewhere else sourcing out board games for our evening activities!), a day at the Speedwell Cavern (which we don’t recommend – you take a boat down the cavern, ie. an extremely narrow tunnel where you’re ducking your head constantly and touching the walls at all times, get off in a tiny chamber at one end, then take the boat back – we recommend the Blue John Cavern much more highly!), and finally we spent a day at the infamous Chatsworth.
It’s really one of the ultimate stately homes, and one which you’ve probably at least heard of before no matter where you come from. It’s believed Jane Austen’s Pemberley in Pride and Prejudice was based on the house as she wrote it while in Bakewell, and in the 2005 film version (can you believe it’s nearly 10 years since that came out?!), Lizzie and the Gardiners tour Chatsworth as Pemberley. I was a bit concerned it might be overly touristy, and while there were a lot of people there (well, it was the Bank Holiday too!), it didn’t ever feel overcrowded or busy. There are extensive gardens (partly woodland) to wander, as well as the house, which also includes various exhibitions, and cafes and shops around the courtyard. There’s also a farm shop which we didn’t visit that day, but have heard very good reviews of, so we’ll hopefully be making that journey one day! 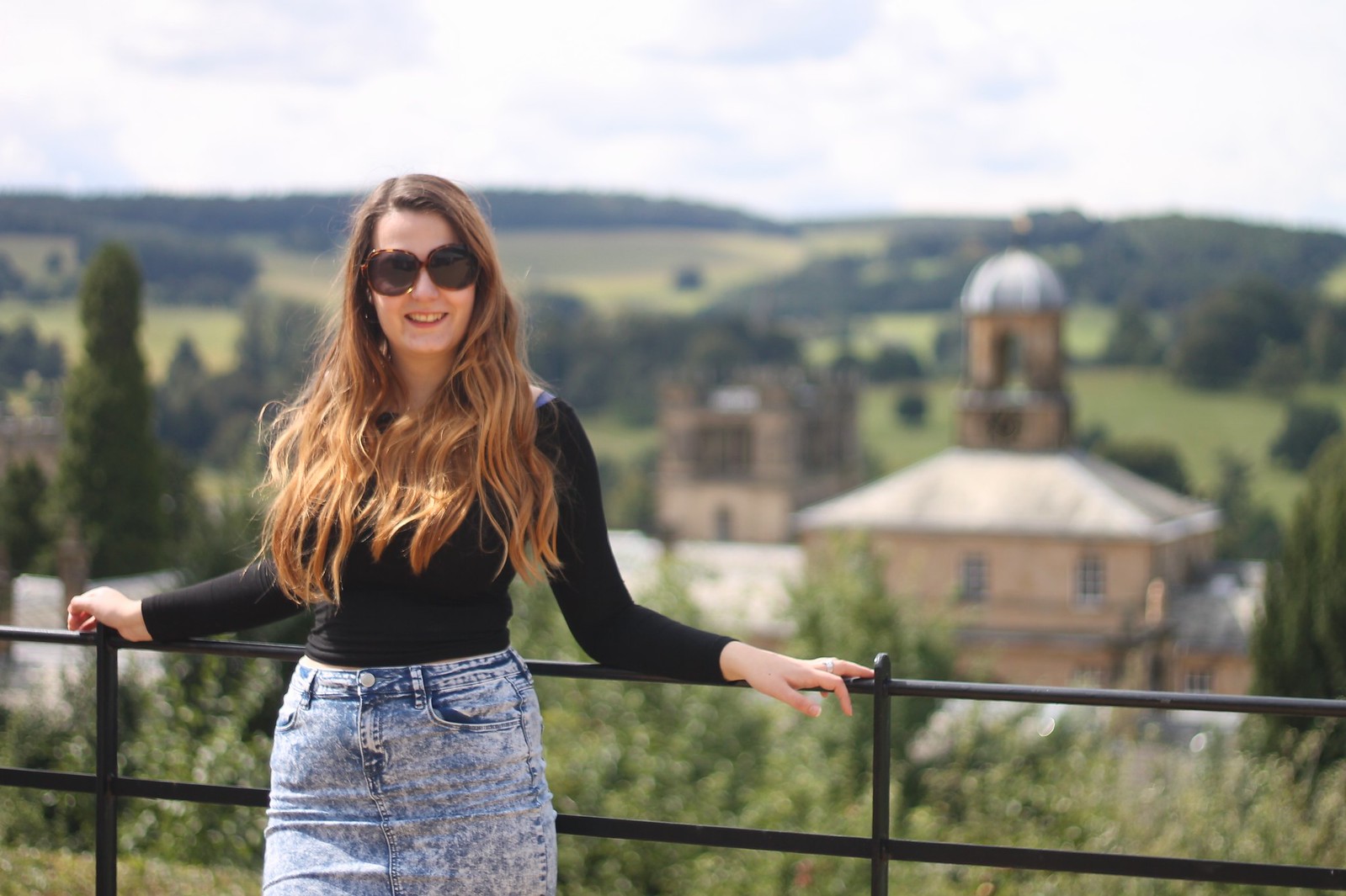 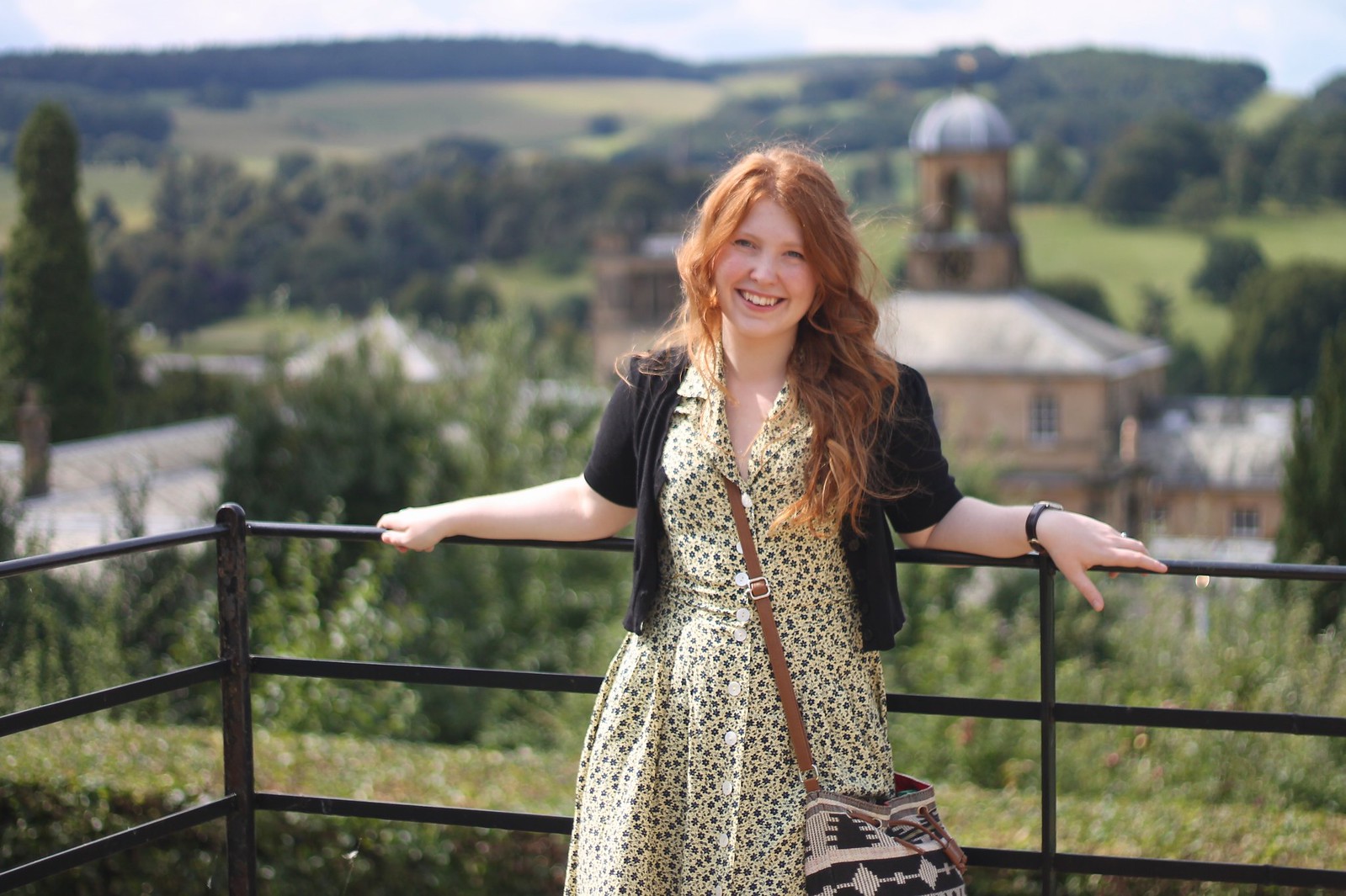 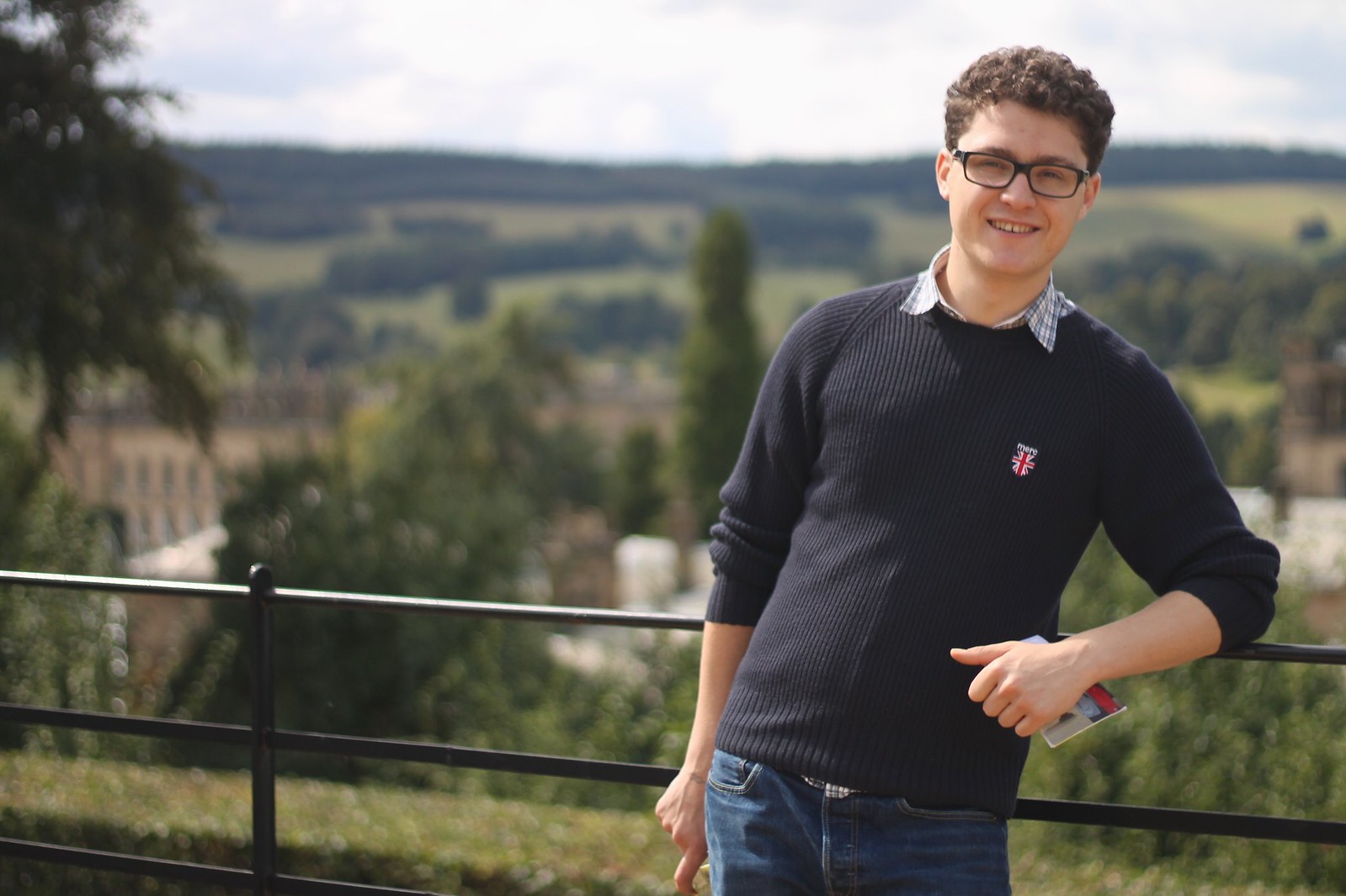 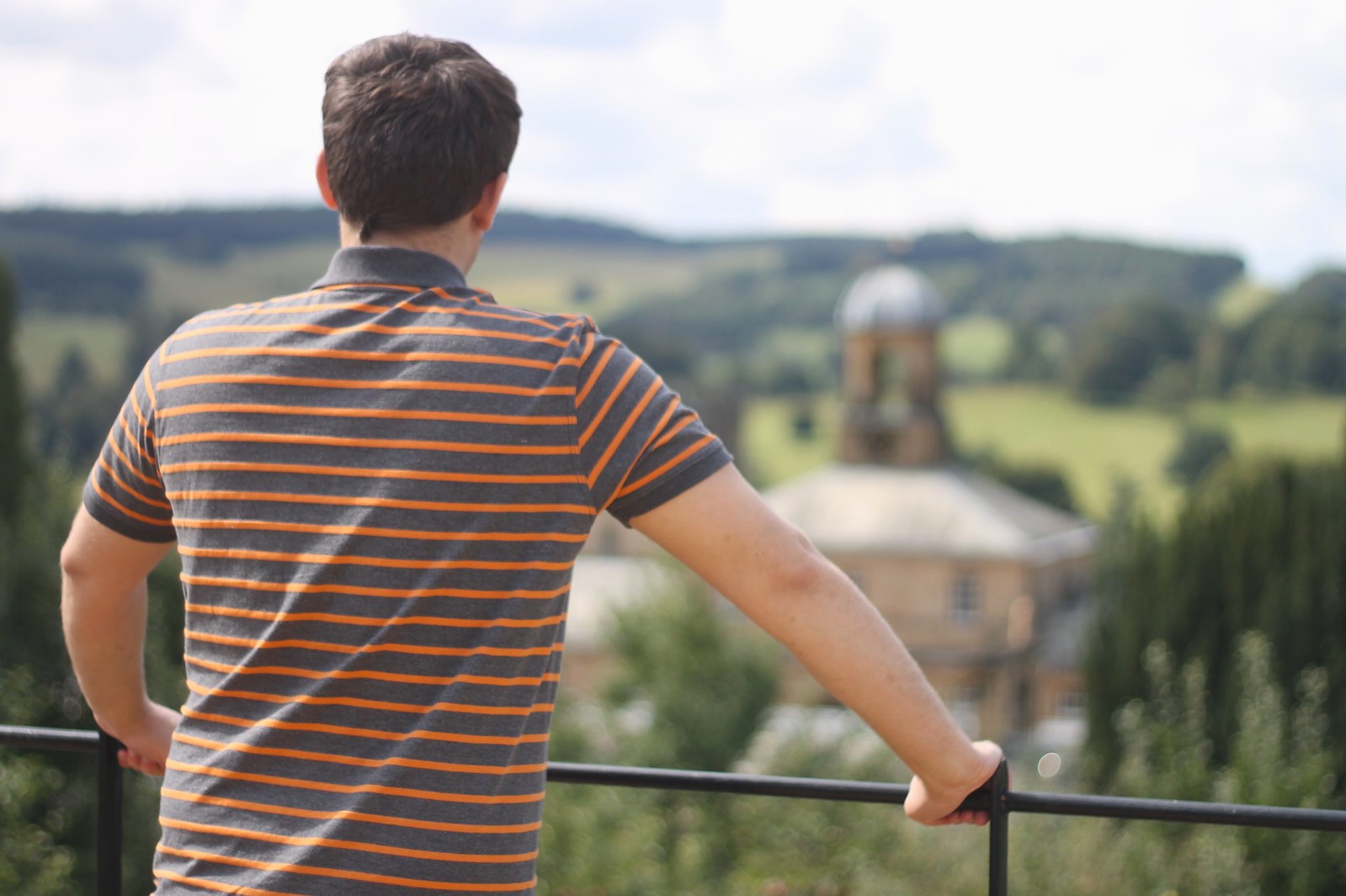 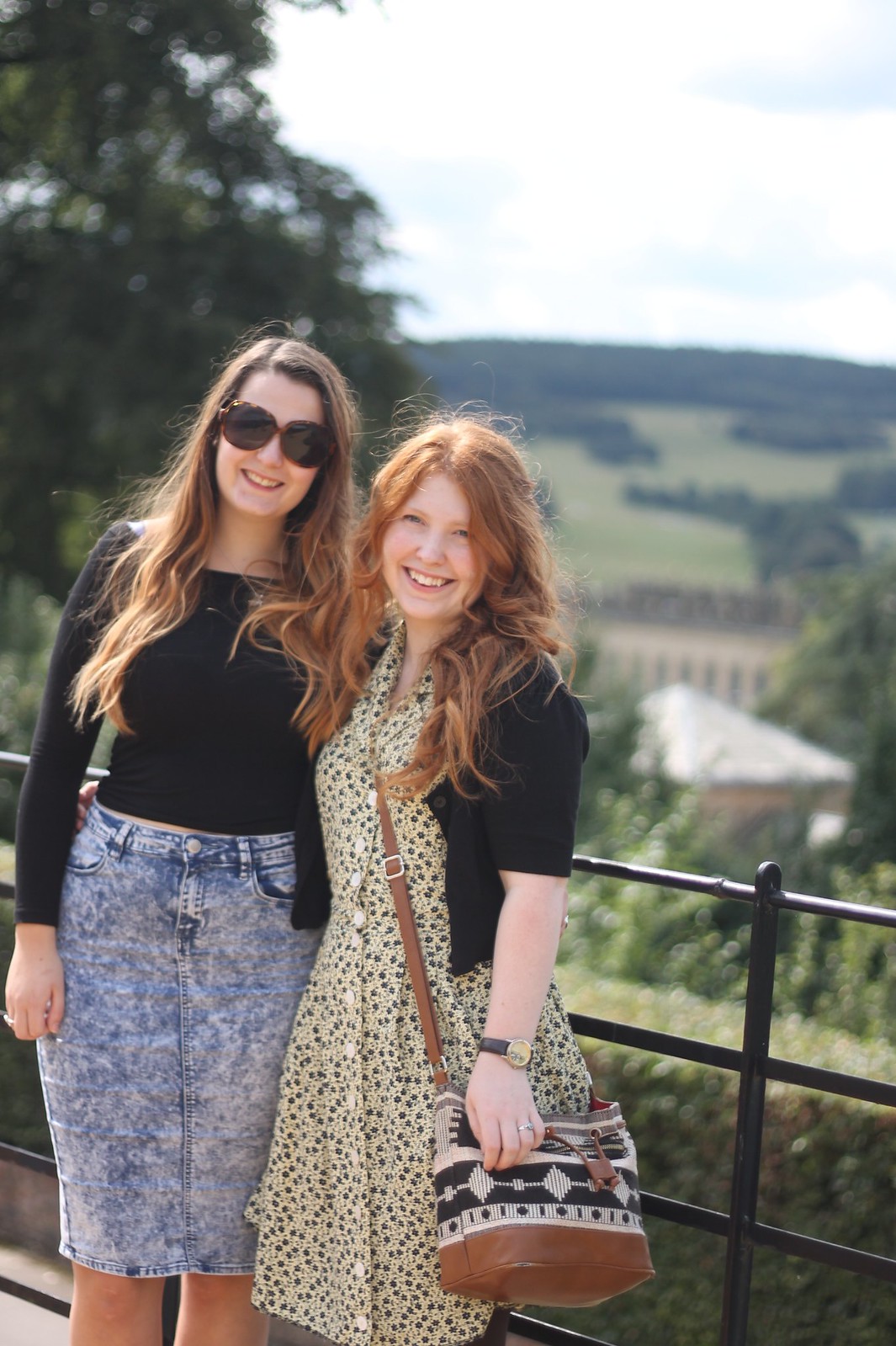 So the first thing we did was wander the gardens. We picked up a few maps at the entrance (which were entirely necessary!) and decided to start with the kitchen gardens which were up the hill behind the house and off to the left. Surprisingly, we were some of the very few people that made it that far! Most people had taken to sitting on the lawns (some with picnics, books and toys for the kids), so we bypassed them and headed for the quieter areas. And we were definitely rewarded as that’s where we got the best view down over the house and surrounding countryside, so of course, we each had to have a picture there! There was also a small war garden exhibition around that area as well as a building which promised to show us technological garden and ecological stuff, but turned out to be locked (hence the rather vague description of it!). We then took what seemed to be a back route through the woodland on a smaller path, climbed some trees (and maybe fell out of some…that’s definitely not what happened to me…!), took lots of photos and wound our way through the maze (the girls won by reaching the middle of the maze first by the way, who says we can’t do navigation!).
We had a surprisingly good day of weather which meant we got to explore the grounds pretty well, but eventually we headed for the main event, the house itself. And honestly, as I said before, despite being so hyped up, this was still one of the best stately homes I’d visited. We almost immediately came into the Painted Hall (part of which is in the first image below) and that stopped me in my tracks – the ceiling was painted with images of the ancient gods, the upper walls (below) made to look  3D, and basically, it was pretty amazing. There is a pretty hilarious picture that Charley took in that room where the boys are (maybe?) discussing the ceiling and I’m just stood between them staring up at it with my mouth open in awe! Frankie and I both studied Greek together at school (and obviously I continued it to uni), so we took it upon ourselves to try to name all the gods between us, before realising that there was a picture naming them all for us on the other side of the room!
Anyway, there was far more to the house than just the hall though! Even before we’d reached that room, we’d walked along a corridor which seemed fairly nondescript until you spotted the marbled floor underfoot (second picture below). I think we all agreed though that the library (third picture down) was our favourite room – can you imagine choosing a book and sitting down to read it in there? The ultimate dream house I have in my head includes a library and either this or Belle’s library just about fits the bill! Then the final house picture I’m featuring is the Sculpture Gallery which Lizzie wanders through in the film version of Pride and Prejudice. And the final picture below? Well, if there are things to dress up in, you know I’ve got to be a part of that. The boys abandoned us at this point (no idea why!), so we had to resort mostly to mirror pictures, but seriously, have you seen that cape?!
There are so many parts of the house and gardens I’m not featuring here, simply because it was so big and we took lots of pictures! There was also a Chatsworth in Wartime exhibition set up inside the house, as well as one of the bedrooms set up as a dormitory when the house was used as a school during the Second World War, which we hadn’t even known about beforehand.
So, all in all, a lovely day out, and definitely worth the money. The ticket prices do seem fairly expensive (I think it was £18 for adult tickets to the house and gardens, and £12 for the gardens, but we did get a voucher for some money off in the cafe/gift shops), but really it was worth it. There were even parts that we didn’t explore (which came under a slightly more expensive ticket) with a farmyard and adventure playground, so there are even things for kids to do too. If you’re around the area, I definitely recommend you make the trip! 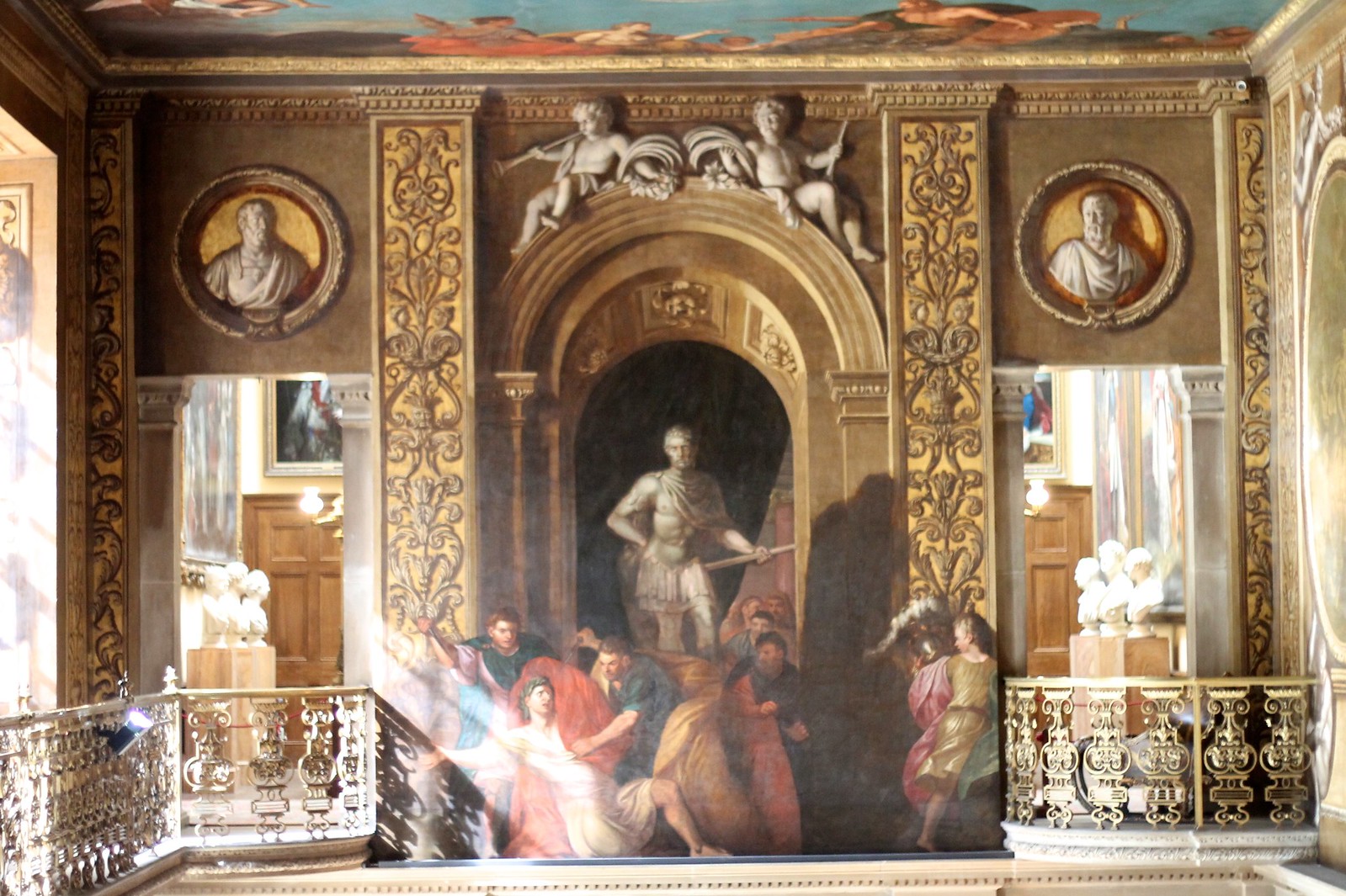 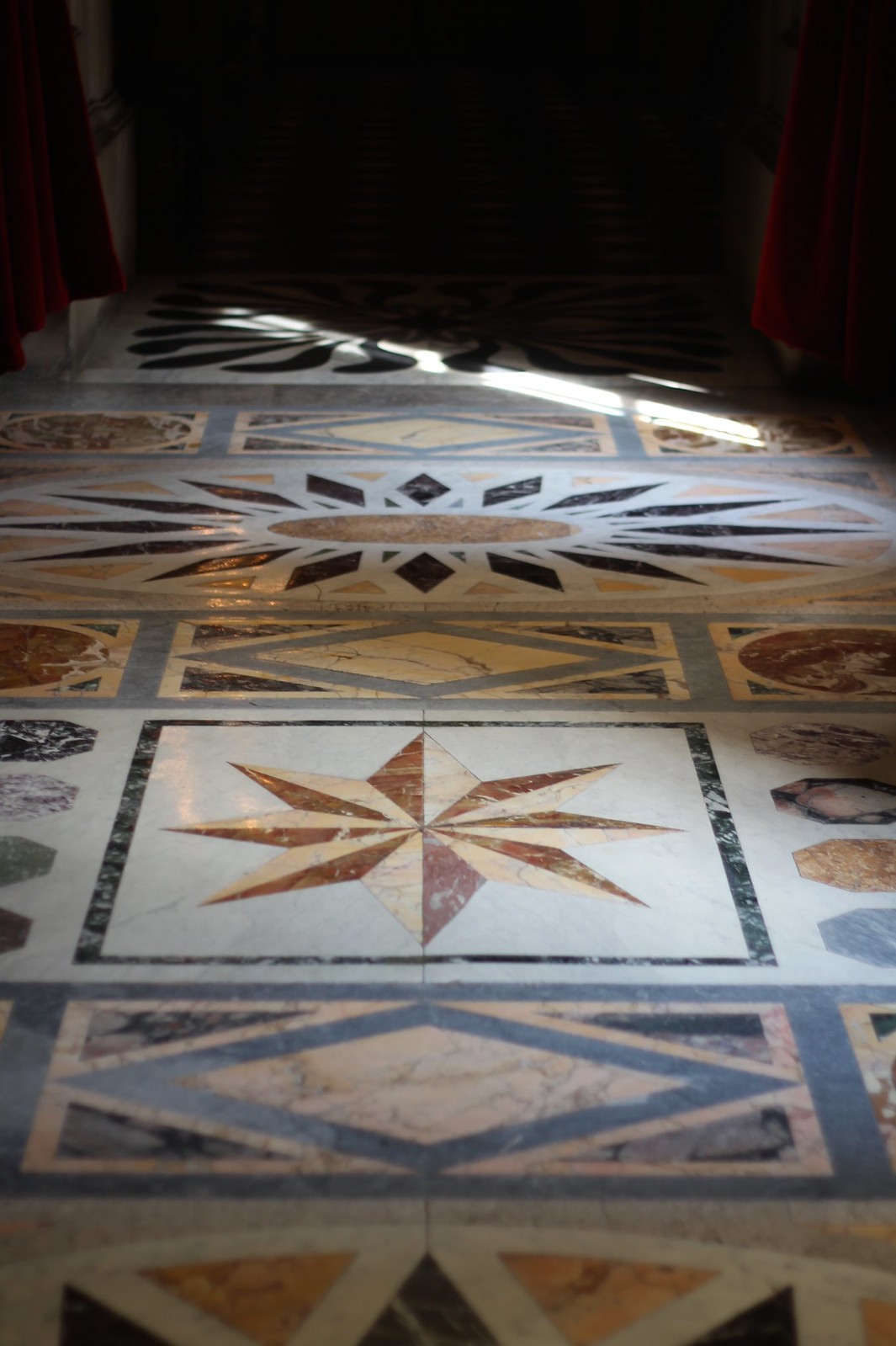 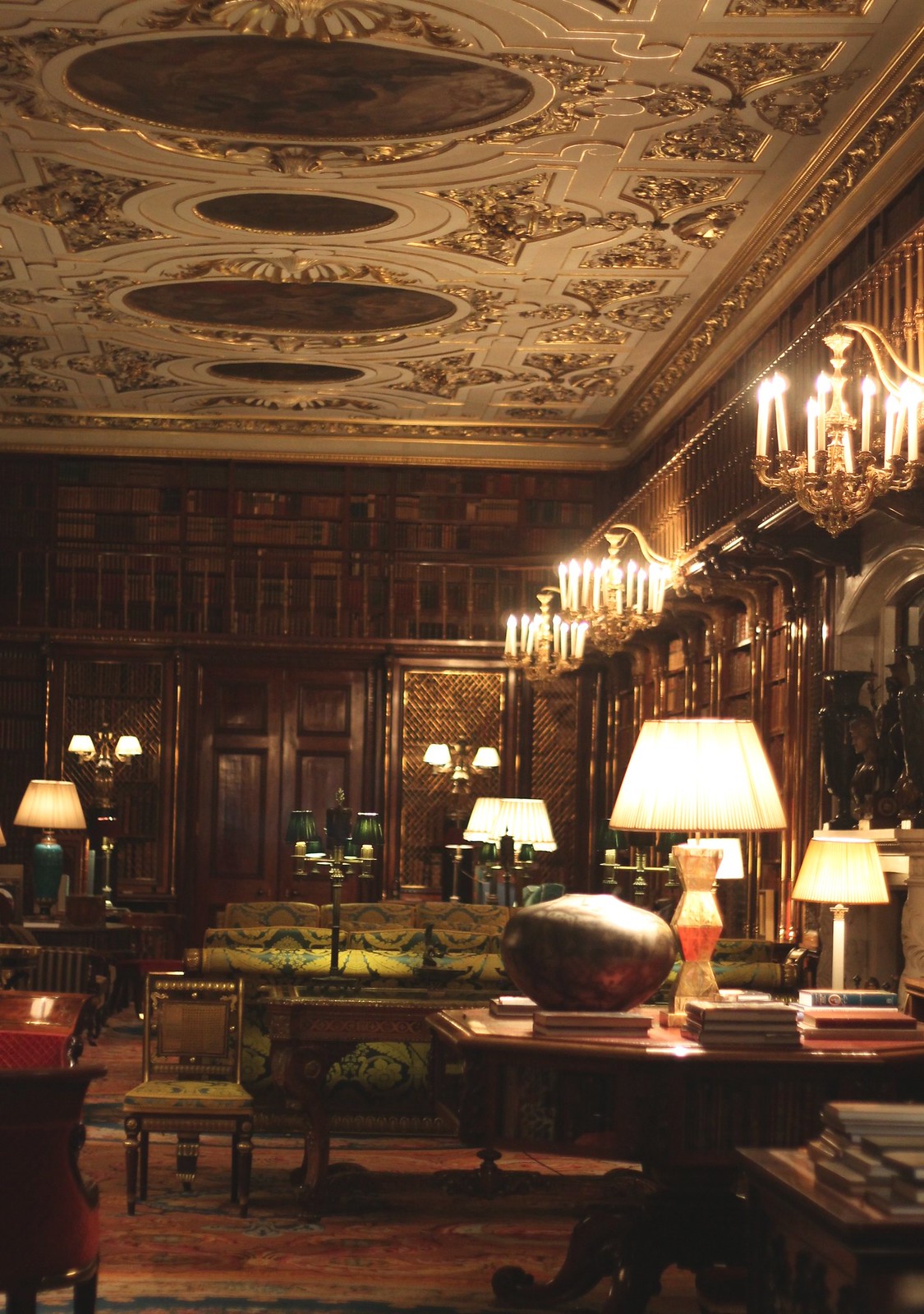 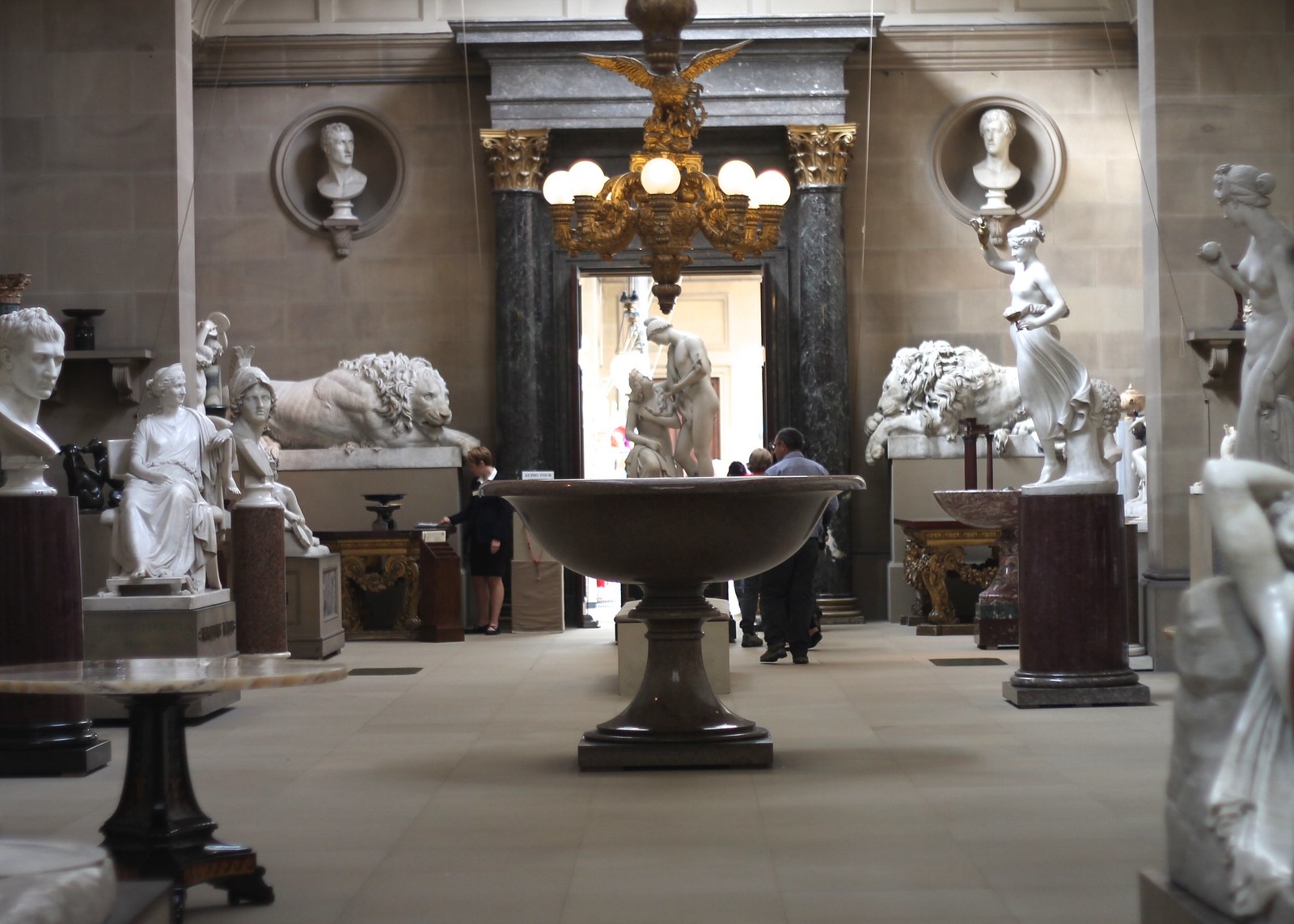 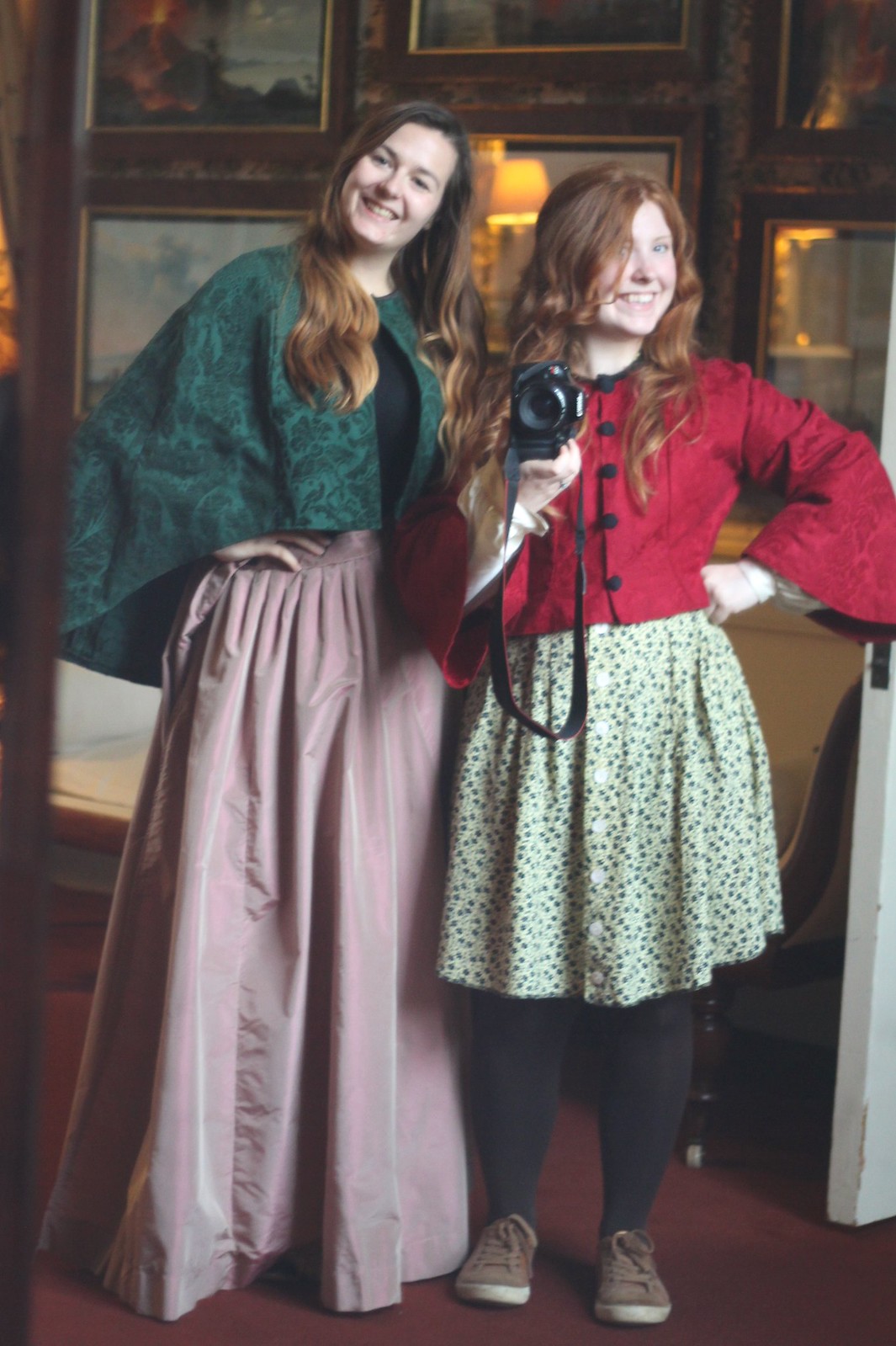