I have a confession: I love reading Disney blogs. Okay, that’s not a great confession, is it?! But I recently read Amy’s Disney Confessions post at Cocktails in Teacups, then I spotted lots of other Disney bloggers doing the same (I think it started at Belle’s Moments?) so I thought I’d get involved too.

It was my first visit to Disney World, when I was 6 in 1997, and I thought it was how the Castle always looked. I was very disappointed to find out that wasn’t so on our next visit!

I don’t own a single Tsum Tsum

And I’m not entirely sure how to pronounce it either?! I think they’re cute and all, but I’ve never stumbled across them in real life in a store, so I’m not sure which ones I like and what they’re like in real life. This could all change one day – I can see myself getting addicted! – but I currently don’t own any. 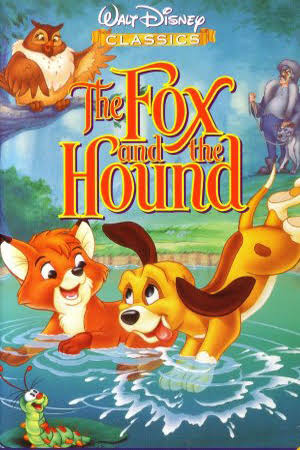 I love the Fox and the Hound

But I’m completely unable to watch it as I can’t get through the abandoning scene – it’s too much! Even sadder than that bit in Up in my eyes.

Now replaced with Stitch’s Great Escape, ExtraTERRORestial Alien Encounter was exactly as it says on the tin: terrifying! It can’t have been my first visit when I went on it, but I was still quite young – maybe 9 or 10 – and I cried and cried! The seats hurt me, it was dark, it was loud, and I really truly thought there was an alien about to eat me. I quite enjoy it now it’s been replaced with Stitch, although I do have a sneaky trick of slipping my hand under the shoulder rests as one of the things I (still!) dislike about it is how they press down quite hard and hurt!

I mean – I love meeting the characters, but I would prefer not to queue for hours on end to do so. If a character pops out unexpectedly, it’s the best, or if a meet and greet has a short queue, you’ll definitely find me in it. And I know one day I’ll love doing it with my own children. But waiting for hours to meet a character isn’t my thing. Nevertheless, we still did this in Disneyland Paris because we’d dressed up as Princesses and were hoping we’d meet one of the ones we were dressed as – and amazingly, we did! It was Rapunzel, who I’d gone for!

It was only on my first trip to Disneyland Paris that I actually bought my own pair of ears – for some reason, I’d just never got any, despite, I think, 8 visits to WDW. I decided to go for a pair of gold sequinned ones then a pair of more classic Minnie ears in Florida the next year too. I’m now tempted to start a collection!

Do you have any Disney confessions?