I feel like that title is the start of a joke: what do a widow, Hairy Bikers and the Thirteenth Tale have in common? Not a lot, aside from they’re all books I’m reviewing this week! Terrible…I know. I was starting to get bored of my old “January 2016 Book Reviews” etc. titles, so I decided to put the names of the books into the titles – does it work?

Anywho, let’s get on with the main event: the reviews! 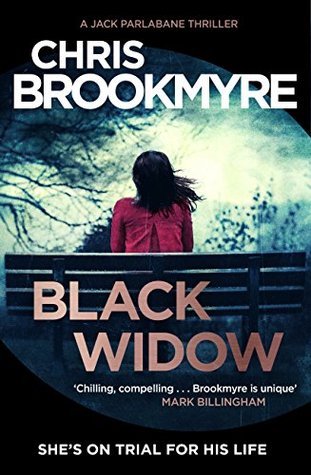 Diana Jager is very vocal on the issue of sexism in the medical industry. At least, she was, under a pen name until she’s outed by the IT technicians she writes scathingly about. A few years later she’s still a surgeon but flying under the radar of her previous anonymous “Scalpel Girl” identity. She meets Peter in the hospital, an IT technician, marries him within 6 months. And 6 months later he’s dead in a suspicious looking car accident, or at least Peter’s sister Lucy thinks so. Told partly through the eyes of disgraced reporter Jack Parlabane, you see the story from several angles before the truth is finally revealed.

I love a good crime thriller. These used to be my favourite kind of book for a while, but psychological thrillers slowly took over. Fortunately, this one is a bit of a mix of the two.

Starting with the obvious – Jack Parlabane seems to be a bit of a series of books and I jumped in right in the middle here. Luckily it wasn’t obvious and isn’t necessarily one where you need to have read the previous installments to get what’s going on as enough background info is given.

Diana’s character was brilliant. I loved how she was portrayed as savage and cold, but at the same time you see her as vulnerable – like everyone else. Her words also opened my eyes to the sexism that is there in medicine, which was interesting.

It was a story that kept me guessing, and that’s always a winner in my eyes – I do like to figure out certain elements of stories like this (it makes me feel clever, okay?!), but I also like to be kept in the dark and have the writer confuse me so that the ending is a shock. I’d definitely like to read more Jack Parlabane stories. 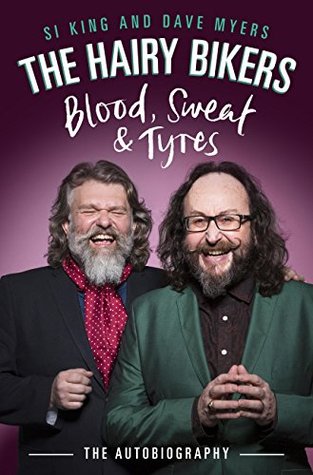 As an autobiography, I don’t really feel I can do the “plot” break down!

If you don’t know the Hairy Bikers, who are you and where have you been?! Okay, let’s be honest – a little less than 8 years ago, I don’t think I knew who they were either. But then Ben introduced me to cookery and the world of TV chefs, and I was instantly hooked on them. The Hairy Bikers, or Si King and Dave Myers, are two very down to earth northern cooks, who explore the UK (and the world) on their bikes, cooking their way around.

They were probably the first TV cooks (they don’t really call themselves chefs) that I really connected with because they’re so…normal! And I hesitate to say that word because they’re definitely two odd chaps in the best way possible. Their TV programmes and recipes are infused with humour and friendship, and their stories are just the same.

I knew a little bit about their lives already as Ben is about as knowledgeable on TV and celebrity chefs and cooks as a person can be (he can name at least 30 of them off the top of his head!) and we have just about every cookbook under the sun (I’m serious – last count was over 150, I’m betting we’re up to almost 200 now). But what we didn’t have was an autobiography.

I bought this for Ben as a Christmas present, but he doesn’t read. I know – he doesn’t read, like ever. He once read a book on holiday and he reads articles online, but that’s it. But he wanted to know the Hairy Bikers’ story, so it fell on me.

Yes, I read every word of this book aloud to him.

It isn’t something I normally do – I read in my head and I read fast. I wouldn’t quite say I’m a speed reader (as I claimed to be when I was younger, telling classmates I read Harry Potter in half an hour – sorry, friends, that wasn’t true!), but I do read quickly. So this was definitely a huge change of pace for me, but it meant I took in every single word. And I think that was the best way possible I could have read this book. I could honestly hear Si and Dave, whose lives are told in alternating chapter through their own words, narrating every sentence.

Ben and I fully laughed aloud at this book, and I cried. I think Ben almost did, but he won’t admit that! The Hairy Bikers are two amazing men – they’ve lived through a lot, have seen a lot and have experienced a lot. They have a lot to share.

Obviously this book won’t resonate with you if you don’t really know them, but if you’re a Hairy Bikers’ fan already, I urge you to read this book. It’s an insight into their lives and is wonderfully entertaining.

The Thirteenth Tale by Diane Setterfield – 9/10

Famed writer Vida Lee knows that she is coming to the end of her life. Her life has been a puzzle of stories, written about other people, places and things. But it’s time for her to tell her story, her true story, which no one has ever known, and she chooses Margaret Lea, daughter of a bookshop owner, to tell it to. Both women are enthralled by the mysteries of their own births, something we are all to an extent entranced by, and so find common ground there.

But the story isn’t as simple as it first seems, filled with an ever present gothic atmosphere, a creepy old house, strange twins, a governess and ghosts.

This book was wonderful. There are some books you wish you’d written yourself and this is one of those. It’s gothic and dark and filled with books and mystery. I loved it.

I love a story that flits between the past and present as a mystery is being unraveled, and this one does it in one of the best ways I’ve seen recently, keeping you enshrouded in the mystery right up until the moment it’s revealed. I think I actually gasped aloud a few times. It’s creepy and clever. The ever present backstory and the present day obsession with books entwine to create something amazing.

There isn’t a lot I can say about this without giving away too much of the story, but it was reminiscent of Rebecca and Dark Angel. If you like creepy house stories, spooky mysteries and mild gothic horror, this is one for you.

*Titles marked with an asterix have been provided for review by the publisher.