After a very successful reading month in April, I’d kidded myself that May would be just as good. I thought the time off pre-wedding (for set up) and post-wedding (for minimoon) would leave me plenty of reading time. As you can probably guess, there was, in fact, very little reading time, despite the multiple baths I took on holiday and time at a spa!

I did, however, manage to start reading 3 books at the same time, which is never a good thing to do. The night before the wedding, I stayed at my mum and dad’s house. I asked my mum jokingly whether I needed to pack my Kindle as part of my “SO CONFUSED WHAT DO I NEED” bag (I needed stuff for overnight at theirs, getting ready for the wedding the next morning, then a night away on the wedding day – you can see why I was so confused!) and she told me I most certainly wouldn’t have time for reading. Turns out she was wrong!

I was convinced I wouldn’t be able to fall asleep the night before and had fully accepted this. In fact, I headed up to bed, booked up an old Bill Bryson off their shelves, and fell asleep barely 30 pages in – that NEVER happens!! Anyway, this story is pointless as I haven’t even finished that book yet – it’s one of the 3 I’m reading at the same time right now, whoops! So on with the books! 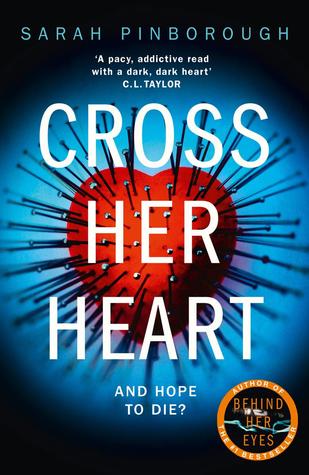 Plot: This is a book full of secrets. Lisa is a single mother living alone with her 16 year old daughter, Ava. There are hints of a troubled past, but they keep to themselves. But Lisa has secrets, as does Ava. Lisa’s only real friend is Marilyn from work, but she too is keeping something hidden. Lisa is an overprotective mother, but all Ava cares about is spending time with her friends from her swim team and chatting to a boy on social media. But is it really all it seems?

My thoughts: I usually enjoy a good thriller, and this one was pretty good. It had a good storyline and some interesting characters but I do have to admit though that there were points at which things seems either implausible or just a little skimmed over to get to the really juicy stuff, which is a shame. So I think that’s it – this was just good and not really a huge amount more than that.
The twist for me was not a huge surprise, which again is a shame – I like to be really left guessing. It did feel as though things were being deliberately not told to the reader, which is, of course, key in psychological thrillers like this, but it just felt like I knew it was being done to pull the wool over my eyes instead of being slyly done.
All this isn’t to say that I didn’t enjoy it though! Like I said, it was a good read. I think I was expecting it to be another book on the scale of Behind Her Eyes by the same author and it didn’t quite hit that mark for me which left me looking for more. 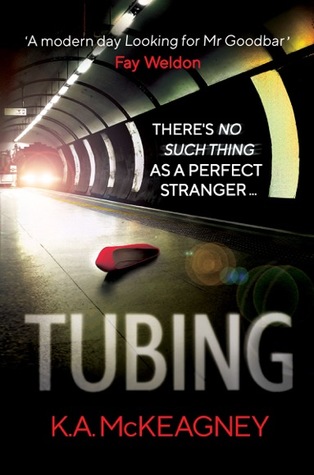 Plot: Polly is a 28 year old woman living in London, working in a job she doesn’t enjoy, with a relationship that’s comfortable but doesn’t really seem to be going anywhere. One night, she’s coming home on a tube when a man makes eye contact, walks over, and kisses her passionately. This begins her foray into the world of “tubing”, where strangers meet on tube trains for illicit encounters. She keeps this world a secret, thinking she can keep her two lives separate, but suddenly her worlds begin to collide.

My thoughts: Now this is a tricky one – I’m not quite sure where to start! The main theme of this book, the “tubing” itself, was something totally unfamiliar and a bit odd to me. I can see the appeal for readers of novels similar to Fifty Shades of Grey as it’s exciting and fairly out there, but for me, a person who really dislikes busy crowded places, public transport and strangers, it was kiiiiind of weird.
If you put that aside, the storyline itself was pretty good. There was a good bit of mystery and a thriller aspect that I wasn’t quite expecting based on the start of the book, so that made the plot a bit more of something for me.
On the other hand, I found the characterisations in this a little confusing. Polly seemed like a fairly 2D character who had had a few characteristics and a bit of troubled background thrown at her at random to flesh her out. I don’t think it’s really a spoiler (and maybe should be a slight trigger warning) that there are quite a lot of allusions to eating disorders in the book. I personally try to avoid books with this as a main topic, and I can see how it adds to the vulnerability and backstory for the character, but it also threw the story off a bit for me.
Overall, it wasn’t a terrible read. I carried on until the end and quite liked the turns it threw at me, but it was quite flawed as compared to the books I normally enjoy. 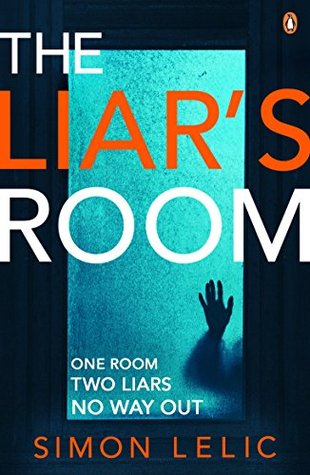 Plot: Susanna is having a normal day working her job as a counsellor, when Adam walks in. He starts to tell her about his problem: he wants to hurt someone, someone specific. It becomes quickly clear to Susanna that the girl he wants to hurt is her daughter and he has a reason behind it, one to do with the identity that Susanna left behind a long time ago. The present all takes place in one room, while his story and hers come together.

My thoughts: This was really strange as parts of this book really strongly mirrored the one I’ve just reviewed, Cross Her Heart, meaning that the two books have become strangely entwined in my head! This was another which similarly had a pretty good storyline, some good characters and twists that I liked uncovering, but sadly didn’t quite have the spark I was looking for. Again, it was good but not amazing.
I really enjoyed the setting all in one room while the story came together, and parts being revealed by each of the main characters to one another and to the reader slowly. It was definitely gripping and kept me intrigued and reading to get right to the very end, so I would recommend it as a good read, but not one I’d hurry to share with others. 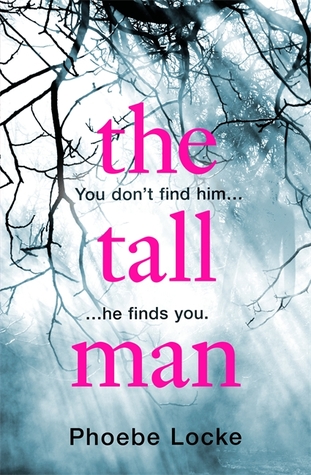 Plot: Taking place over 3 times, The Tall Man tells of a haunting urban legend come to life and the resulting murder and aftermath. In 1990, 3 girls devote themselves to a sinister figure in the woods; in 1998, a young mother leaves behind her child, believing her cursed; in 2018, a girl has been charged for murder. The three stories tie together through the urban legends in more ways than you’d imagine.

My thoughts: And somehow, The Tall Man is yet another book from May that had similarities to others I read – it was really weird how this happened!! I can’t really go into too much detail without giving some of the game away, but it was very strange.
The legend of the Tall Man made for a good backdrop for this book – it was creepy and disturbing, a true urban legend that had reached into real life and taken its victims. The plot that entwines the 3 storylines is clever and twisting, with some surprises along the way. I liked the characters, particularly Amber, the girl in 2018 charged from murder, who was a particularly strange one to figure out – she seemed tough and vulnerable all at the same time, and upon finishing the book, it’s clear why.
There were some aspects where the plot seemed to get a bit rambly for my liking, meaning it took me longer to finish than I’d anticipated – I seemed to put it down and pick it back up a lot so I can’t have been all that gripped in the midsections. Nevertheless, it still made for a good thrilling read.

* Books provided for review by the publishers.