And the final round of catching up on old book reviews before returning to the monthly ones!

You can read more of my book reviews here:

Book Reviews: Then She Was Gone, The Walls & Genuine Fraud

Plot: Ellie, her family’s golden girl, disappeared over 10 years ago aged fifteen, leaving behind a grieving family. In the present, Laurel, Ellie’s mother, starts up a new relationship with sensible single dad, Floyd, who has a young daughter, Poppy. Laurel and Floyd are immediately smitten with one another, but when Laurel finally meets Poppy, something is off – she reminds her of Ellie, and it’s more than a slight resemblance.

My thoughts: This was a very well done psychological thriller. Some might say the genre is overdone right now, but I think there’s always space for one more, and this was an excellent one. I found the story twisty and creepy enough to hold my interest, with dark undertones lurking throughout but something you can’t quite put your finger on. The suspense is brilliant and holds the reveals at arm’s length until the right moments. Honestly, a very good book that I would highly recommend. 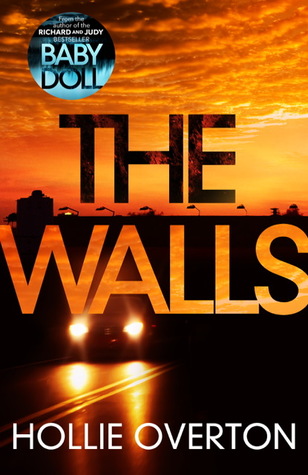 Plot: Single mother, Kristy, works in PR for the Texas prison system, with her main role handling the press surrounding those on death row. Her job is one that’s emotionally and sometimes physically difficult, but it’s one she perseveres with. She meets Lance Dobson, her son’s martial arts teacher, and begins a relationship with him, believing she’s finally met The One. It’s only after their wedding that he starts to reveal another, much darker side, leaving Kristy with only one choice – but how far will she go to protect her family?

My thoughts: This in depth look into the creeping experience of domestic violence and abuse, even in a household where the victim is one who has, throughout her whole life, been tough and able to stand up for herself was chilling and unnerving. It explores the theme of “what goes on behind closed doors” very well, and offers up a very good story with a plot of “there’s only one way out”. For someone with not a lot of first hand knowledge about domestic violence, I believe it demonstrates the trap very well – showing how well the abuser can come across to everyone outside the relationship while giving the victim no choice. I’ve only marked this down slightly as there were times for me when the story dragged unnecessarily, although I suppose it was building a sense of comfort and familiarity before throwing you in the deep end. It’s one I would definitely recommend.

Plot: Imogen is a runaway heiress, an orphan, a cook, and a cheat. Jule is a fighter, a social chameleon, and an athlete. An intense friendship. A disappearance. A murder, or maybe two. A bad romance, or maybe three. Blunt objects, disguises, blood, and chocolate. The American dream, superheroes, spies, and villains.
A girl who refuses to give people what they want from her. A girl who refuses to be the person she once was.

My thoughts: I read E. Lockhart’s We Were Liars in 2016 so I was super excited to be approved to read this new novel by the same author, and I certainly wasn’t disappointed, although it didn’t quite reach the same level for me – but only just! This was a totally absorbing read that I got through in a single day, which really shows how gripping the storyline was. It was dark secrets, crazy thrills and shocking twists galore – everything I love in a book, but a combination that makes it very difficult to write about without spoiling anything! I love a good unreliable narrator, particularly one that’s involved in an obsessive friendship with rumours of disappearances and murders floating around. All in all, an excellent read that I would highly recommend.