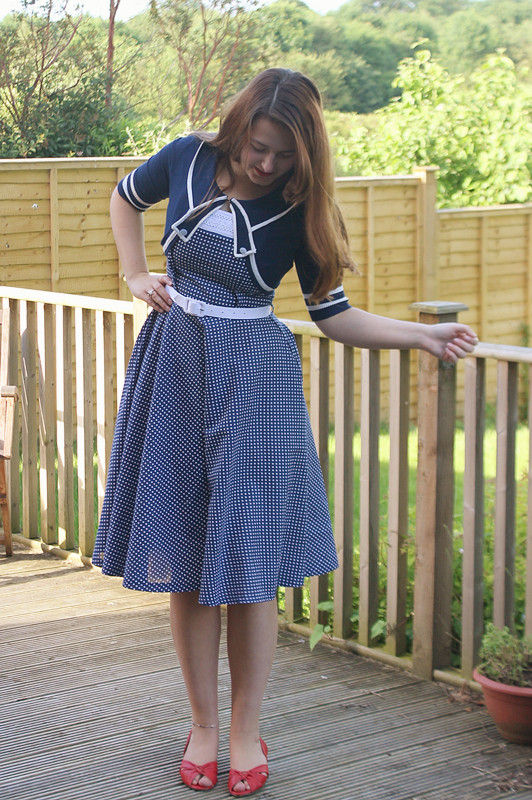 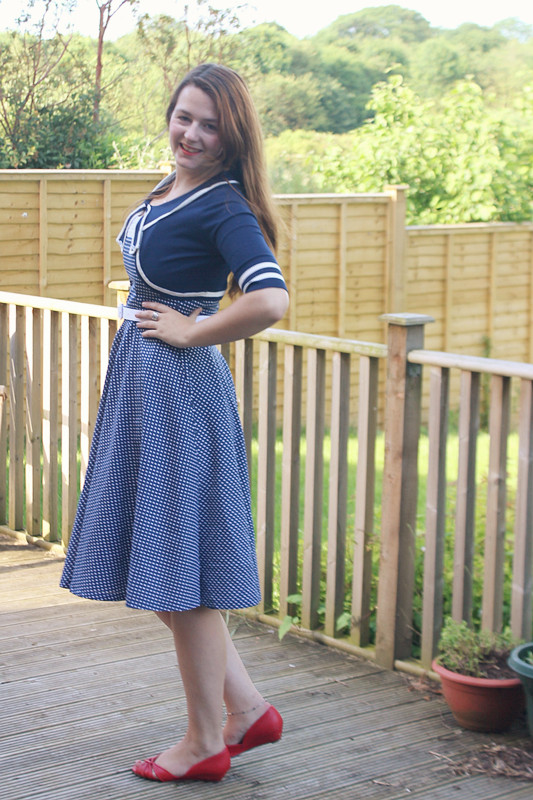 Navy Cardigan: Hell Bunny at Bowler Vintage (available here)
Polka Dot Dress: Hell Bunny at Bowler Vintage
Red Peep Toes: George at Asda via Charity Shop
This is my new favourite outfit. I’ve already worn the dress with the cardigan twice, just changed the shoes for a pair of white heeled sandals (these ones from New Look which will feature here soon, which, by the way, are awesome and I want them in every colour). I wore it out for a meal with Ben and Beth the day I bought it, then for work the next week and to choir in the evening. Yes, okay, I was a little bit overdressed on both occasions, but at least I wasn’t wearing the petticoat that I also bought at the same time (which is available at Modcloth and I’m sure will make an appearance soon!).
This weekend has been pretty busy as I mentioned before it started. Saturday I didn’t have much planned, but ended up making a circle skirt (tutorial to come soon and outfit post, I’m so impressed with myself!) while Ben was out at work, then when he got home we went over to my parents’ for a BBQ with the baby cousins and uncle and aunt. Eva’s just starting crawling and was hilarious because she didn’t want to crawl around on the cold, rough stone outside so was maneuvering herself around like a spider on her feet and hands! We also caught her singing and dancing along to Tangled and got a video of it. Mollie’s now growing up quickly and spent half the night watching Tangled, the other half playing on the trampoline.
Then on Sunday, it was the day of my choir concert at my school. The rehearsal wasn’t until the afternoon so I spent the morning making another circle skirt (which I wore to work today!) and photographing it for the how-to tutorial on my blog. I used vintage fabric that had come from an old friend of the family who has recently moved into a home and had it lying around. And the afternoon was spending rehearsing for the concert, then wandering around my old school with Fran seeing how things had changed and being shocked that there were so many small people now it’s been 5 years since we left! The concert was in the evening and all went well! It was a lot of fun to be singing in a big group again. If anyone’s interested, it was Haydn’s Creation and I was singing soprano. My mum, grandma and mum’s friend who used to sing with my choir came to listen. I also bumped into several of my old teachers, some of whom were singing in the concert with us, so it was a little strange but very fun. I’m sad now because choir is over until September, although Charley, Fran and I have signed up to sing a wedding in mid-September with a small group of people from choir, although we don’t yet know what we’re singing or anything!
So, I’ll be back soon with my circle skirt outfits and tutorial – they’re made without a pattern and are super easy for beginners, but I’m still really impressed with myself! It was my first attempt at sewing a zip too, so that was fun! 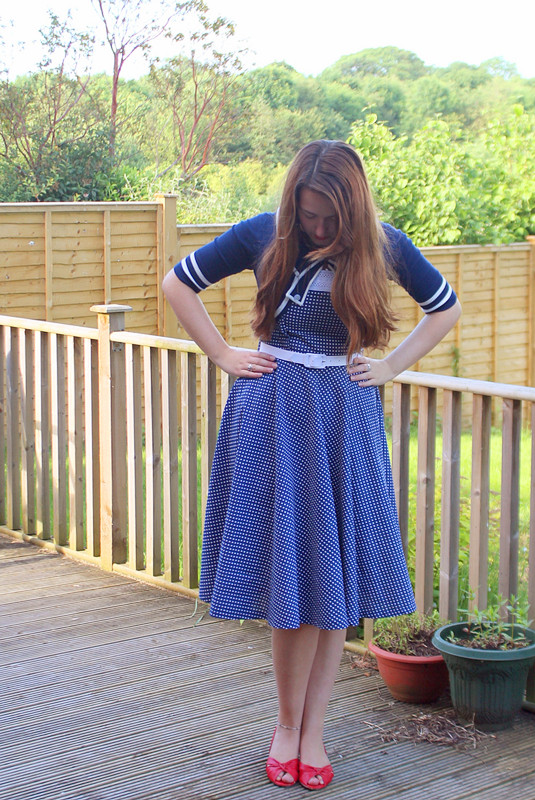 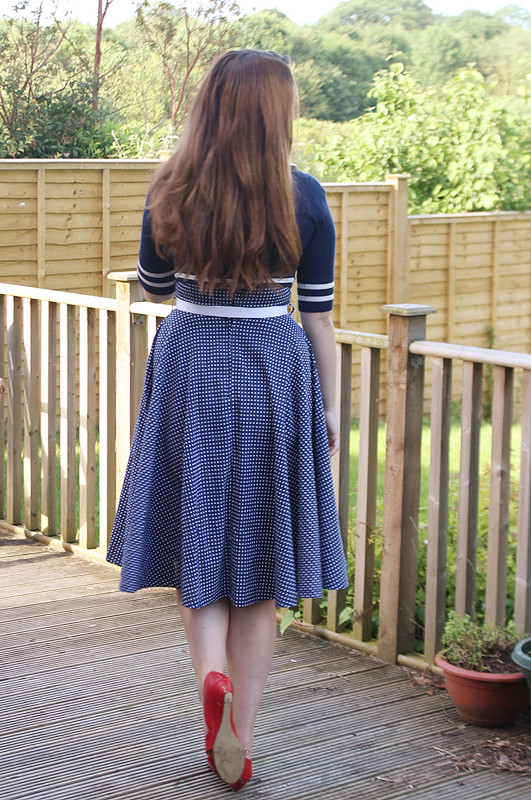